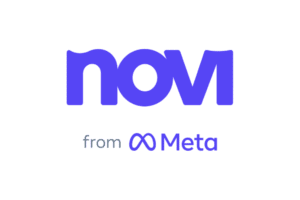 Facebook’s crypto pilot project Novi will be decommissioned effective 21 July, on which day users will no longer be able to add money to their accounts.

Novi, Facebook’s crypto, will no longer see the light of day

It certainly looks like what remains of Meta’s cryptocurrency project is set to be abandoned by the Mark Zuckerberg-led company. It was announced on the company’s website that as of 1 September the Novi service, launched in October 2021, which allowed users the ability to transfer cryptocurrencies into a social media wallet, called Novi, will no longer be active.

“Novi’s pilot program will end soon. We’ve made it easier for you to get your remaining balance and download your information from Novi”.

While another post urges users to withdraw money still deposited in the digital wallet “as soon as possible”.

The Novi project is reportedly expected to be used in different ways in Meta’s metaverse, details of which will be revealed later.

Meta stated in a note:

“We are already leveraging the years spent on building capabilities for Meta overall on blockchain and introducing new products, such as digital collectibles. You can expect to see more from us in the web3 space because we are very optimistic about the value these technologies can bring to people and businesses in the metaverse”.

Novi is a digital wallet that allows users to transfer money instantly without fees using cryptocurrency and the Coinbase exchange as a custodial partner.

This decision seems a natural conclusion to the project launched with great hype in 2019 to create a native Facebook token, which initially had the name Libra, later changed to Diem. Since its inception, however, the project has encountered a great many obstacles, both from a technical and regulatory standpoint.

The creator of this project, David Marcus, had left his duties at Meta late last year to pursue other projects. He had created the project to equip Facebook with its own cryptocurrency, which was supposed to facilitate the transfer of money between users and to carry out transactions within the social network.

But the company’s plans changed when it decided to focus firmly on the metaverse, making the shift toward cryptocurrencies no longer attractive for corporate business. On 21 June, Zuckerberg spoke specifically about creating a digital wallet for the metaverse.

“Beyond the current features, we’re working on something new: a wallet for the metaverse that lets you securely manage your identity, what you own, and how you pay”.