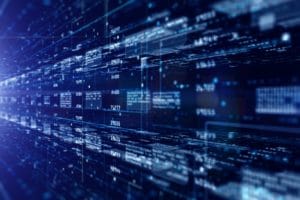 Coinbase is accused of selling customer data to the US government

According to rumors, Coinbase is accused of selling data about its customers to the US federal government’s immigration service.

Last Thursday, news circulated in the online newspaper Intercept and immediately bounced around on social media that Coinbase allegedly provided geolocation data to the US government’s immigration service, clearly violating all agreements on user privacy and confidentiality.

If confirmed, this news could be the biggest sensitive data breach scandal since the one involving Facebook and analytics firm Cambridge Analytica in 2018.

Now why would they be doing that? So basically invasion of privacy. Sells with out knowledge? They will be owing me 10 million for that one. I didn’t sign up for that. What the hell could this be real or false. Man so much running through my head right now.

The US exchange, founded by Brian Armstrong and listed on the Nasdaq, immediately denied the news, calling it absolutely baseless.

1/ We want to make this incredibly clear: Coinbase does not sell proprietary customer data. Our first concern has been and always will be providing the safest and most secure crypto experience to our users.

According to the nonprofit organization Tech Inquiry there is a contract that would prove how Coinbase Tracer, the cryptocurrency exchange’s analysis arm, would have signed with the US Immigrations and Customs Enforcement (ICE). This agreement would give the government agency access to a variety of data, including “historical geo-tracking data”.

Coinbase, however, refuted this claim via Twitter, explaining that Coinbase Tracer deals with combating criminal offenses such as money laundering or terrorist financing, as required by US federal law. But according to the rumors there would indeed exist evidence of the sale in 2021 of a software license to the immigration department for $29,000 and a subsequent sale for $1.36 million.

2/ Our Coinbase Tracer tools are designed to support compliance and help investigate financial crimes like money laundering and terrorist financing. Coinbase Tracer sources its information from public sources, and does not make use of Coinbase user data. Ever.

Meanwhile, the company is trying to react to the market slumps that led to the almost inevitable decision in recent weeks to lay off about 18% of its workforce.

Despite the negative news, it has declared a willingness to expand its operations in Europe.

According to CNBC, the company is reportedly preparing the necessary documentation to apply for licenses to operate in several European countries, including France, Italy, Spain, Switzerland and the Netherlands.

Coinbase has already been operating for some time in Germany, the United Kingdom and Ireland. Now, however, it would like to expand into other countries deemed strategic, according to Nana Murugesan, international vice president of Coinbase.

This news was launched by a lengthy post on the company’s blog that also referred to the difficult market situation and the need to react to these difficulties by diversifying the offering and investing:

“During market downturns, the temptation can be to shy away from international expansion. We first entered the UK and EU during the bear market in 2015, a move that paid off significantly during the bull run a few years from then. We’ll keep building around the world, and doing everything we can to grow the cryptoeconomy”.

Vice President Murugesan, on the other hand, pointed out that the opening of operations in England had occurred during another very difficult period in the markets:

But this choice evidently proved successful according to what were the conclusions of the company’s manager, who entered office earlier this year:

“But then when you fast forward to 2017-2018, the U.K. is now a massive part of our business, as is Europe. We entered, we made bets. I’m sure it was probably a tough time. But it’s paid off, significantly”.

The post Coinbase is accused of selling customer data to the US government appeared first on cryptodailynews24.com.