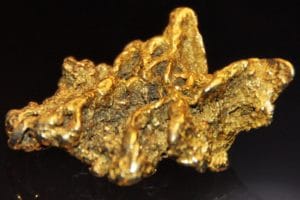 The price of gold rebounds after Wednesday’s decline

On Wednesday, the prices of precious metals all rose, and consequently so did the price of gold, whose prices were perhaps driven by the announcement by Boris Johnson regarding a new round of sanctions on Russia.

This at first negatively affected precious metals, but then trailed the rebound in palladium and gold.

Goldman Sachs expects the price of gold to rise sharply

Goldman Sachs, the famous US investment bank, has come out with an optimistic prediction for the precious metal and has predicted a strong end of the year for its price.

The historic institution believes that the metal will strongly increase its value to $2,500 between now and the end of 2022.

It is worth considering that the price of gold, after a boom in price in conjunction with the deepening energy crisis and the beginning of the war in Ukraine, returned to $2,000 an ounce and then went back to $1800, lateralizing for several months, while a steady if moderate growth was expected.

The “wealth” effect that the precious metal provides, the increased demand from the Central Banks that make heavy use of it during these historical periods, and the fear effect related to bear market, inflation and recession, will give the right charge for a high gold price by the end of the year.

Demand for ETFs linked to the yellow metal is also on a positive trend. Growing demand has led to an increase in demand of nearly 200 tons.

Causes related to the lateralization of gold’s value

According to experts, gold has lateralized in the last quarter due to two conflicting forces. The first is to be found in the social and economic problems gripping the world and pressing for an increase in the price; the second, which conversely cools the price, is the continuation of the lockdowns that are sinking the Asian market (Chinese above all).

The prolongation of a phase of economic contraction in China due to lockdowns has further weakened the economic fabric leading many companies to go bankrupt and having to pay off some of their debts, selling precisely gold and actually causing a downward trend in its price.

China’s GDP to put emphasis on the issue lockdown consequences was forecast at 4.3%, but was downgraded to 4%.

Another cause of the flattening of the gold curve is also the competition offered by government bond yields, which have held back its growth by offering similar but less volatile yields in the long run.

In other words, physical gold is an excellent investment according to Goldman Sachs, but we are not just talking about physical gold as was once the case. Today, in fact, there are instruments that introduce themselves to this element of the periodic table even without buying it directly, such as ETFs or CFDs.

With a recession just around the corner and a likely stagflation, the Central Banks’ rate hike policy will come to a halt according to experts, and it will be time for gold to rise, possibly even doubling according to some.

With the return to a more accommodative monetary policy, government bonds would go back out of business and gold could thus resume its run as a safe haven asset.

During the recent G7 meeting, strong decisions were made against Russia related to the Russian gold import embargo.

Britain, the United States, Japan and Canada are banning new imports, but this move is largely symbolic and does not impact the global gold market since Russian exports to the West have already been exhausted.

All is set for a gold bull run and all that remains is to hope that Goldman Sachs’ predictions come true.

The post The price of gold rebounds after Wednesday’s decline appeared first on cryptodailynews24.com.