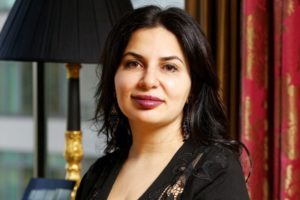 OneCoin founder Ruja Ignatova has been added by the FBI to the list of the world’s most wanted people for allegedly scamming investors out of as much as $4 billion.

OneCoin’s Ignatova among FBI’s most wanted

Just yesterday, a tweet appeared on the US Attorney’s Twitter profile explaining that a press conference would be held to announce that Ignatova had been added to the list of the 10 most wanted fugitives.

There will be a press conference today at 11am at 26 Federal Plaza to announce the addition of Ruja Ignatova, a.k.a. ‘Cryptoqueen’, to the FBI’s Ten Most Wanted Fugitives list for allegedly defrauding investors of more than $4 billion through the OneCoin cryptocurrency company

To keep things interesting, the OneCoin founder last month had also been added to the most wanted list of Europol, which has even provided a $5200 reward for anyone who can help in the investigation.

In March 2019, her brother Konstantin Ignatove, an accomplice in the Ponzi scheme, was arrested.

FBI’s 10 most wanted: OneCoin alongside murderers and rapists

Ruja Ignatova was placed on the “Top Most Wanted” fugitive list by the FBI.

The list also includes murderers, robbers, stalkers, rapists, and all kinds of criminals wanted in America and beyond.

The nicknamed ‘Crypto Queen’ had founded the Ponzi scheme OneCoin in 2015 and the company was originally based in Bulgaria. The purpose of OneCoin was supposed to be the creation of an electronic currency, an alternative to cash and especially an alternative to Bitcoin.

Like any pyramid scheme, OneCoin was based on the principle of getting other people into the business to convince other investors to buy packets of tokens that would be converted to OneCoin in the future when the currency was finally created.

According to data held by the Italian AGCM, token packages ranged from 140 euros to as much as 27,530 euros. In the first case, a revenue of 2,800 euros was promised in 2018. In the case of the largest investment, the “guaranteed” return was as much as 3 million euros.

In reality, the only way to get rich from this project was to sell packages to other people and recruit new investors.

After operating for several years, despite the fact that many had already identified it as a Ponzi scheme, OneCoin was stopped by the German BaFin, but also by the British FCA and the Italian Antitrust Authority because it did not have the licenses to operate.

Since then Ruja Ignatova disappeared and it is obviously not known whether she is still alive, as two bodies of OneCoin promoters were found in Mexico in July 2020.