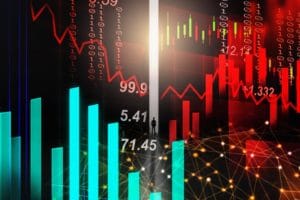 The performance of Tesla, Enel, Telecom, Ferrari on the stock market

The bear market is well established, the stock market has been in the red since 2022, but in some sectors the losses started even much earlier.

The performance of the major stocks on the stock exchange

“We still think we’re in a bear market and we think this is how you describe it, a relief rally, and what we’ve seen so far is just the interest rate-driven part of that bear market. You had two or two bear markets. three years in stocks and we’ve had six months so far, so earnings are the next problem. Central banks need to cut inflation and that means creating spare capacity, and that could be quite a long grind period”.

The two-year outlook is reasonable for the bear market, at least according to Greetham, asset allocation director at Fidelity International.

Meanwhile, in the US stock market, but specifically in Piazza Affari, some stocks such as energy stocks traceable to the S&P 500, Dow Jones and Big tech seem to be breathing a sigh of relief.

Enel in the previous day had recorded a slight decline of 1%, but in the last week there have been positive signs that do not suggest a rosy future: the bear market is far from fading and there is still red forecast for the FTSE Mib All Share stocks.

Tesla, which continues to churn out innovations, now sets its sights on competing with the big boys in the energy sector and even with Enel on the old continent.

The announcement of the Powerwall 2, in essence a decentralized power station that stands to protect against possible blackouts and gives the user the option of selling excess power to the grid and/or the government. The new project bodes well for the next quarter, which must pass the hurdle of the forced shutdown of the Shanghai gigafactory as a result of the Chinese government’s anti-covid policies.

Also hurting are shares of Ferrari N.V., which, unlike Tesla, cannot build up energy-intensive capabilities. The prestigious brand’s trend is uncertain in terms of relative performance against the FTSE Italia All Share index.

The stock price movement is negative -0.34% over the previous stock market close.

In the banking sector, shares of Intesa Sanpaolo are up +2% following the first tranche of the €1.7 billion buyback that is part of a total package of €3.4 billion.

The bank said Friday that Europe has:

“Resolved to execute the purchase with an initial program for an outlay of 1.7 billion and to postpone to a later date, by the approval of the results as of December 31, 2022, decisions on the execution for the remaining authorized amount”.

This galvanized the stock to lead the blue chips.

Equita analysts commented on the transaction as follows:

“The ECB buyback authorization, largely expected, confirms the approach of the regulator which, while requiring prudence in the current market context, does not oppose the distribution of capital by banks with solid capital positions, a good profile of asset quality and good profitability”.

The latest week in the green zone (like the other stocks analyzed so far) is not a harbinger of good news. There is a negative change of -0.30% on the previous trading day compared to the FTSE MIB All Share.

Basically, all sectors go up slightly this week with banking stocks leading the way, but encouraging signs are already coming in from today, leading most analysts to reasonably expect the bear market to have at least another year of history.

The post The performance of Tesla, Enel, Telecom, Ferrari on the stock market appeared first on cryptodailynews24.com.