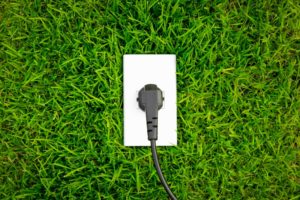 The pursuit of cost optimization now finds its way through Tesla, which is not only involved in electric cars but also in robotics and electricity in general.

Elon Musk is no stranger to process optimization strategies; indeed, part of his success and that of his companies is based on this very principle.

An example of this focus on consumption and therefore costs is the SpaceX rocket, which, picking up the baton from the now-retired NASA’s famous Shuttle, certifies one difference above all, the possibility of being reused for many, many years thanks to the possibility of vertical takeoff and landing.

Tesla’s Powerwall repurposes to make up for the probable future blackouts that states and different geographical areas around the world will face, but not only that.

With this product, Tesla provides each home with a true decentralized power plant with various power and price levels, so as to comply with the electrical needs of the home, cars, and in addition accumulate a surplus of energy to be given back to the parent company or government to which a payment will be made.

This will effectively turn Tesla into a full-fledged energy services company, although it is not currently possible to install the Powerwall 2 in all parts of the world.

There are about 50,000 eligible Powerwalls totaling 500Mwh.

How will the Powerwalls work

The technology is also remotely controllable and prevents possible voltage drops and blackouts by essentially acting as a power booster and not as an uninterruptible power supply that replaces itself in the event of a power failure.

From a green perspective, the Powerwall also promises savings in carbon dioxide emissions and can also work in conjunction with other power units performing the same task.

Elon Musk‘s new power station recharges from solar energy and allows the entire house’s energy needs to be met for days with each charge.

The Powerwall keeps the lights on and charging cell phones or cars completely silently and without the slightest use of fuel, but of solar energy alone from simple photovoltaic panels.

The product which is warranted by the parent company for 10 years takes up about one square meter but promises to be a valuable ally in times of energy crisis.

On 23 June, for example, Tesla entered into its first partnership in energy optimization and collaboration with the company PG&E. The result will be that new Powerwall customers will be rewarded for the energy given back.

“Join Tesla’s Virtual Power Plant (VPP) with PG&E and your Powerwall will be sent when the network needs emergency support. Through the Pilot Emergency Load Reduction Program (ELRP), you will receive $ 2 for each additional kWh provided by your Powerwall during an event. Your backup reserve is adjustable to set your contribution, keeping backup power for outages”.

This is what is stated in the margin of the agreement.

At the moment reimbursement from surplus energy is active only in California, Australia and soon to be in Texas but it is a goal of Elon Musk to give such an option to all states around the world.