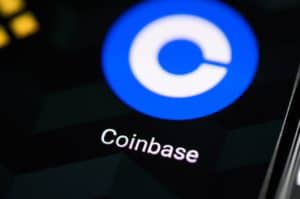 Indeed, the US investment bank has changed from a “neutral” to a “sell” rating, putting the target price at $45. Of course, the reason is quickly stated: the declines in the crypto market and the consequent fact that COIN fell 5.7% trading at $59.40 in premarket trading.

Moreover, in the same report, Goldman Sachs also said it was bearish on Robinhood (HOOD) shares with a target price of $9.50, even though the company’s shares rose 2.6% to $8.21.

And that is why Goldman Sachs expects the company’s revenue to decline by as much as 61% during this year 2022, even though it rose 514% in 2021, when the crypto market was at its peak.

In fact, news a few weeks ago reported that Coinbase is ready to lay off 18% of its staff, precisely because of the bearish market.

Also, not unimportant was the news a few days ago that Coinbase has decided to shut down its Pro platform for professional traders to “stem the resulting cash burn” resulting precisely from user and volume losses. In total it appears that more than 1100 people will be laid off.

During May, Coinbase had also been outperformed in terms of volume by the FTX platform, according to a report published by Kaiko. This had never happened before.

FTX is apparently making ends meet so well that it is now thinking of acquiring Robinhood.

BREAKING: FTX is reportedly considering a deal to acquire Robinhood.

This is still a rumor, but the article was published a short while ago in Bloomberg citing an anonymous source, but internal to the company.

Shortly thereafter, the CEO of FTX told Blockworks that it would be an unfounded rumor.

Those laying off and hiring in the crypto world and beyond

Meanwhile, Tesla is also cutting its staff by 10%, the reason being the prolonged closure of the Shanghai gigafactory, which is to date the company’s most productive plant.

Perhaps this is precisely why according to Google Trends, as revealed by Cryptojobslist.com, searches for “remote crypto jobs” grew 560% in the entire month of June.

Moreover, there are still companies that during this bearish crypto market are continuing to hire, such as OKX, Kraken, FTX, Bitget, Binance, Ripple, Polygon, and OpenSea. Whereas, besides Coinbase and Tesla, there are also Gemini, BlockFi, Crypto.com and Bitpanda who are in the midst of layoffs.