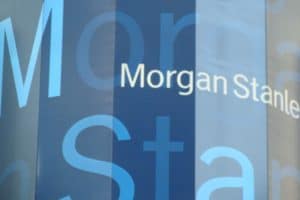 A report by the US investment bank shows how Ethereum’s new upgrade to Proof-of-Stake may not solve the blockchain’s scalability problems.

Ethereum merge could drive down demand for GPUs

In a report authored by Morgan Stanley equity strategist Sheena Shah, the new Ethereum Arrow Glacier update, which should be in the home stretch by now, could generate a drop in demand for GPUs, the graphics processing units used by miners.

Shah wrote in a report a few days ago that after the big drops in the market in recent weeks, mining has become less profitable and that if Ethereum switches to Proof-of-Stake (PoS), it will eliminate the need for miners, thus reducing the demand for GPUs.

“Bitcoin and Ethereum currently require powerful computers for the mining process and consume a lot of energy, which increasingly worries governments and regulators. If Ethereum switches to the use of Proof-of-Stake (PoS), it will eliminate the need for miners (reducing GPU demand) and drastically reduce energy consumption.

Cryptocurrency mining has had a dramatic impact on the video game graphics markets over the past 18 months, with an estimated 14% of revenue in the year 2021, but it has also contributed substantially to a major graphics shortage that has increased mix and pricing”.

According to the report, the update, which was initially scheduled for June and was postponed to August, may not be operational until September at the earliest, but it cannot be ruled out that it may also be delayed until early next year.

However, according to the report, this reduction in GPUs is not expected to impact large chipmakers such as Nvidia or AMD, which have already greatly reduced their exposure on mining since the beginning of the year, also due to lower demand.

The same team led by Shah a few days ago had said in an analysis that the price of Ethereum, is going through an underperformance moment similar to that of 2018. Most importantly, Morgan Stanley analysts say, the BTC/ETH ratio, which is at 0.053 BTC per Ethereum, would have fallen excessively.

In December, the ratio was at 0.08, but Ethereum’s price has been underperforming Bitcoin since the beginning of the year, having lost about 75% from its value since its November 2021 peaks.

On the other hand, analysts at the US investment bank had said in February that Ethereum would demonstrate a higher risk profile than Bitcoin, due to the steady growth of new competitors that are taking market share away from it, especially in the gaming and NFT sectors.