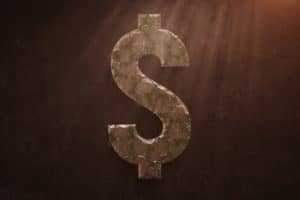 USDC vs USDT: the differences between the two dollar-pegged stablecoins

USDC and USDT are the two main stablecoins available in the crypto markets today.

Both are 100% collateralized in US dollars, and convertible at par, but they have different histories behind them. The main differences emerge precisely by comparing their evolutions.

The history of USDC and USDT

USDT, the stablecoin issued by Tether

The first to emerge was USDT, or Tether dollar.

A first whitepaper hypothesizing the creation of new currencies on the Bitcoin protocol was published online in January 2012 by J.R. Willett. From this idea was born the cryptocurrency Mastercoin, which was not very successful. At that time, crypto markets had not yet developed, and the industry was really tiny.

The Mastercoin protocol, i.e., a second layer based on Bitcoin’s blockchain, eventually became the technological basis for the development of USDT, with one of the original members of the Mastercoin Foundation, Brock Pierce, becoming a co-founder of Tether, along with the CTO of the same foundation, Craig Sellars.

In July 2014, Brock Pierce, Craig Sellars and Reeve Collins announced the launch of Realcoin, the direct precursor to Tether. The first tokens were issued in October of that year on Bitcoin’s blockchain, at the height of the bear market following the failure of Mt.Gox. They did so using the Omni Layer protocol, still used today by USDT although in a decidedly marginal way.

In November the project was renamed Tether, with plans to issue three stablecoins: USTether (US+), EuroTether (EU+) and YenTether (JP+). Ever since then, the company stated that each token issued by Tether was 100% secured by original currency collateral, and could be redeemed at any time at par.

In January of the following year, 2015, the crypto exchange Bitfinex enabled trading in Tether on its platform.

Since then, several doubts have been raised about the management of Bitfinex, Tether, and USDT, so much so that the two companies were also involved in a lengthy litigation with the New York Attorney General’s Office, which ended only in 2021 in Tether’s favor.

Following the conclusion of the lawsuit against NYAG, though in reality even earlier, Tether began issuing independent audits certifying its peg with the dollar. The company has also recently announced a new audit performed by a more authoritative independent firm.

The market value of USDT has pretty much always hovered around $1, with a brief moment of losing the peg lasting about a month. Besides, by being able to return USDT at any time to Tether by receiving an equal amount of US dollars in return, it is difficult for it to really lose the peg.

USDT now also exists mostly on other blockchains, notably Ethereum and Tron, and is still the most widely used stablecoin in the world with a market capitalization of nearly $67 billion, and a daily trading volume of nearly $45 billion, making it by far the most traded crypto token in the market, even more than BTC.

How does USDC work

USDC (USD Coin) is a stablecoin created in 2018 by a consortium called Centre, which in turn was founded by Circle and Coinbase, companies registered in the US. Coinbase is also publicly traded (i.e., subject to SEC oversight).

The technical workings are extremely similar, although USDC is available on fewer blockchains, and it too is 100% collateralized by reserves of equal value.

The main difference between the two stablecoins therefore lies in reputation, not least because both exist on Ethereum and Tron, and in theory are 100% collateralized and always redeemable at par.

The post USDC vs USDT: the differences between the two dollar-pegged stablecoins appeared first on cryptodailynews24.com.