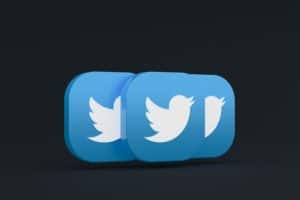 The final and official approval by Twitter‘s Board of Directors regarding Elon Musk‘s purchase proposal has finally arrived.

Musk had already obtained an initial approval in April from the members of the Board of Directors, but that of yesterday is the final official one.

Twitter filed a document with the SEC showing that the company’s board unanimously recommends that shareholders vote in favour of approving the sale.

In order to proceed, it will in fact be necessary to hold an extraordinary shareholders’ meeting at which they will be able to vote for or against the proposed takeover. The board members are already all in favour, but now the floor passes to the current owners of the shares, who in theory could also refuse to sell at $54.20 per share.

It is worth mentioning that the current market value is much lower (below $40), and to see a price above $54 again, it is necessary to go back as far as November last year.

Indeed, Twitter‘s share price in recent years has only been above $55 at two times, one from early February to early May, and the other from late May to late October, also in 2021. Previously it had been higher only shortly after the placement, in December 2013, but by March 2014 it had already fallen below that threshold.

In other words, the price offered by Musk is higher than it has been during most of the stock’s trading sessions since he landed there.

The shareholders involved in the 25 April merger

The document filed with the SEC states that the company’s board is inviting Twitter shareholders to attend a special meeting to be held during 2022 with a live interactive webcast at http://www.virtualshareholdermeeting.com/TWTR2022SM. Shareholders will be able to listen and vote online.

During the meeting, shareholders will be asked to review and vote on the proposed adoption of the 25 April 2022 merger agreement between Elon R. Musk’s X Holdings and Twitter.

If the merger is completed, shareholders will be paid $54.20 per share. The document also states that this amount constitutes a premium of approximately 38% over the closing price on 1 April 2022, the last full day of trading on the stock exchange before Musk revealed that he had acquired a 9% stake in Twitter.

The board also states that the merger agreement is appropriate, and the merger is fair, advisable and in the best interests of Twitter and its shareholders.

In this regard, the official document submitted to the SEC states that Twitter’s Board of Directors unanimously recommends voting “FOR the adoption of the merger agreement”.

In light of this, the transfer of the company into the hands of Elon Musk seems to be getting closer and closer.