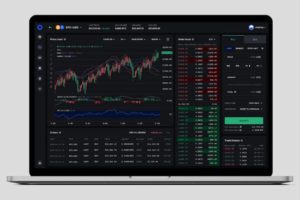 The exchange giant shuts down its Coinbase Pro service

In recent days, Coinbase announced the layoff of 18% of its employees and has now decided that it will close its Pro service for professional traders by the end of the year.

As the negative phase for the cryptocurrency markets continues, crypto-related companies inevitably have to cut costs and services to cope with what is referred to in the jargon as the “crypto winter”.

Coinbase, the American exchange that listed last year on the Nasdaq, after announcing in recent days its intention to lay off 1100 employees, around 18% of the total workforce, now seems intent on closing its Pro service for more experienced traders, which in the last period seemed unable to attract more new users and had costs that the company now considered excessive.

The Pro service, which is a completely autonomous service from Coinbase’s standard service, offered lower fees to traders who interacted directly with the Coinbase Exchange order book.

It will now be replaced by Advanced Trade, a service that offers comparable functionality, but will be directly linked within the Coinbase app and main site.

The basic service, being more expensive for users since it charges fixed commissions and not proportional ones like the Pro, was clearly little used by experienced traders, who are the ones who determine higher commissions for the Coinbase company.

Coinbase’s announcement regarding its latest decision

A post on the company blog explains the news:

Coinbase Pro was launched in 2018 as a tool for advanced traders to conduct technical analysis and execute trades by interacting directly with the Coinbase exchange order book, with lower fees than the basic Coinbase app.

The news, according to the comments on social media, does not seem to have pleased users and traders who use Coinbase Pro, especially because of the functionality and low commissions, which the company has promised to keep even in the new service offered.

Whether this new service will be successful or not is hard to say. What is certain is that Coinbase’s stock has lost 8% since the announcement, bringing the loss to almost 80% of its value over the past year.

The post The exchange giant shuts down its Coinbase Pro service appeared first on cryptodailynews24.com.