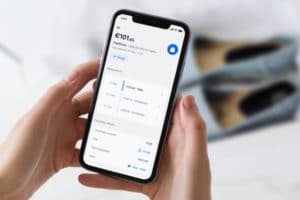 The new feature of Revolut payment solutions for Irish customers

This new feature allows Revolut’s customers to spread the cost of purchases up to €499 in three installments, make any repayments early and at no additional cost. Pay Later can be used for both online and in-store purchases.

By the end of 2022, Revolut will also expand the service to countries such as Poland and Romania.

With more than 18 million customers worldwide, Revolut is working to expand its suite of products that help people get more for their money.

Irish customers now qualified to use the feature can use Pay Later for purchases up to a maximum of €499, using any of their Revolut cards, even if they will be paying with a virtual disposable card.

Who and where Pay Later can be used

Customers can use Pay Later at any merchant that accepts Revolut online and in-store, for whatever they want, starting at $2 per transaction. Unlike other Pay Later products, merchants do not sign up for Pay Later and Revolut does not charge them.

Revolut checks customers’ accessibility by linking to their existing bank accounts through open banking. Revolut will assess customers’ eligibility and accessibility for “Pay Later” through a subscription process. The maximum loan limit is €499, but each customer will have his or her own personalized limit, based on a credit assessment conducted by Revolut.

The new product also has built-in protections to verify that users can afford the purchases for which they wish to use Pay Later. Unlike other installment payment providers, Revolut is able to offer a more robust assessment because it approves credit before the transaction rather than offering an installment payment method at the time of purchase.

“Deferred payments represent an exciting and rapidly growing area of personal finance, which is why we are excited to add ‘Pay Later’ to our financial super app. Revolut Pay Later gives our customers more control and flexibility over their personal finances in a responsible way by allowing customers to spread the cost of expenses over three installments. This encourages people to pay within two months, rather than resorting to overdrafts and credit cards that do not have the same emphasis on quickly repaying the amount borrowed”.