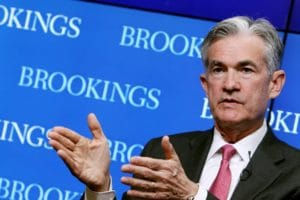 At the latest congressional hearing, US Federal Reserve Chairman Jerome Powell returned to talk about moves taken to deal with inflation.

At the latest US Congress, Fed Chairman Jerome Powell reassures:

“Interest rate hike appropriate, we don’t want to cause a recession”.

The US economy, according to the president of the American Central Bank, is in excellent health and, except for inflation, it is fine the way it is. Employment is at very good levels, and even as prices have risen, efforts are being made to cope with the climb with targeted interventions.

The huge amount of liquidity injected by the state into the economic fabric to cope with the pandemic has surpassed surprising effects, and the cost of aggressive rate policy can be safely borne.

“The US economy is very strong and well positioned to support a more restrictive monetary policy”.

This is what the president expressed to Congress. Regarding the fight against inflation he states:

“Will continue to depend on incoming data and on the evolution of the economic situation. The central institution will make its decisions meeting after meeting and will continue to communicate its thoughts as clearly as possible. Inflation has obviously surprised on the upside in the last year and other surprises could be in store. We will therefore have to be agile in responding to incoming data and the evolution of prospects”.

In essence, the US central bank will remain very attentive to data on CPI, employment, prices, etc., and will reserve the right to make agile and timely choices from time to time.

Finally, the sentence that everyone was waiting for and that in a way managed to give oxygen to the markets that after so much red turn to green again:

Monetary tightening is important and necessary, but recession is not in the cards.

The Nasdaq was not outdone by the other listings and gained almost 1% closing with a good 0.96%.

The statements had a very good effect as they reassured against the danger most feared by insiders, a recession, which would bring even more losses to the stock markets and presumably cause damage around the world.