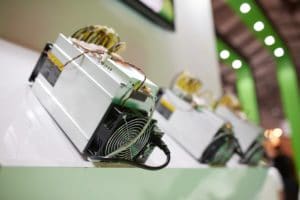 Yesterday saw the usual update to the difficulty of Bitcoin mining.

Following the collapse of the Bitcoin price, the level of difficulty also drops

It is worth noting that the all-time high had occurred on 11 May, with a rise above 31T, but the drop in the value of BTC had then caused a reduction in hashrate with the difficulty falling below 30T for the first time.

On 8 June, there was a return above 30T, but after the subsequent drop in the value of BTC with a consequent drop in hashrate as well, the difficulty dropped again.

It is worth remembering that the difficulty automatically adjusts itself every 2,016 new blocks added to the Bitcoin blockchain, roughly every 14 days.

Looking at the hashrate, on which the difficulty adjustments indirectly depend, the all-time high was reached on 8 June, before the difficulty momentarily returned above 30T. The previous peak was on 2 May, when Bitcoin’s price was still above $38,000.

The fact that the price has almost halved since then, while the hashrate has only shrunk by 20%, suggests that Bitcoin mining continues to be a very profitable business even at current prices.

In fact, over the course of 2022 the profitability of Bitcoin mining plummeted from $0.45 per Th/s in November to the current $0.08 per Th/s, but despite this the hashrate has continued to grow, with only a significant drop after the crashes in May and June.

Since the November peak, the profitability of Bitcoin mining has plummeted by 82%, while the price of BTC has fallen by 71%. This clearly indicates that profitability was particularly high in November, and that the current low levels are still sustainable.

It is enough to consider that the block-time, i.e. the time lapse between one new block and the next on average, is practically always constant at around 10 minutes, over the medium and long term. Since November 2021 there have been short peaks below 8 minutes and just as many short peaks above 13 minutes in June 2022.

Despite the price collapse, it seems that mining activity has not been seriously affected, although some miners will certainly have had to switch off some machines, or replace old ones with new, more efficient ones.

Nothing like what happened last year after China’s ban on mining, which led to a 65% drop in hashrate in less than a month and a half, which was then recovered in the following months.

All this once again proves both that mining per se does not affect the price of BTC, and that Bitcoin can continue to function very well even at particularly low price levels.