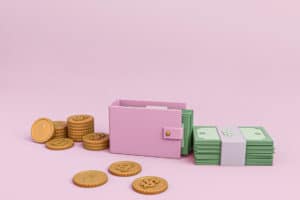 Contrary to the EU, UK has decided not to oblige crypto companies to send information on transactions of so-called “unhosted” digital wallets.

Britain has decided to backtrack on cryptocurrency legislation and will not follow the lead of the European Parliament, which last March passed a directive requiring all crypto companies to mark every transaction from both exchanges and “unhosted” or “cold” wallets.

To clarify, “unhosted” digital wallets are all those wallets that allow users to exercise independent control over their funds, such as MetaMask for example.

At the time of the approval of the MiCA directive, the crypto sector had strongly contested the part of the rule regulating the type of information that had to be sent to the supervisory authorities, which required precisely the sending of information on all transactions made by digital wallets of an amount greater than €1,000.

5/ Moreover, any time you receive 1,000 euros or more in crypto from a self-hosted wallet, Coinbase will be required to report you to the authorities. This applies even if there is no indication of suspicious activity.

A document published by the UK Treasury states:

“Instead of requiring the collection of beneficiary and originator information for all unhosted wallet transfers, crypto asset businesses will only be expected to collect this information for transactions identified as posing an elevated risk of illicit finance”.

The decision came after soliciting feedback from a variety of respondents, including academics and industry experts.

Updates on the directive in the UK

This is a genuine reconsideration, even though at first Britain was never soft on the cryptocurrency world. It is worth remembering that Binance, the world’s largest exchange, was banned from operating on British soil last year.

Now, after listening to a commission of experts consulted by the Treasury, it seems to be convinced that the choice made by Europe is fundamentally wrong.

The only exception to the regulation of receiving transaction information, although this applies not only to digital assets, is in the case that there may be a suspicion that the transfer may have illicit origins, linked to the financing of terrorism or money laundering.

Many of the British government’s advisors, who drew up a lengthy report on the subject, seemed to agree with Brian Armstrong, CEO and founder of Coinbase, who at the time criticized the European law as being anti-privacy and anti-innovation.

According to some, Britain’s decision would also be yet another attempt to break away from European rules, after Brexit, by adopting legislation more favourable to the crypto world than Europe.