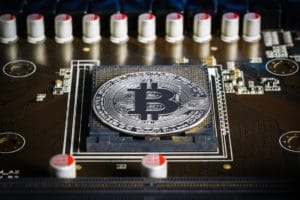 Mining: here are the most profitable cryptocurrencies

Traders of Crypto recently published a report analyzing the profits that can be made by mining cryptocurrencies.

The cryptocurrencies that yield the most through mining

Therefore, taking only PoW-based cryptocurrencies into account, the most profitable one at the moment would be Ethereum, with around $52 in daily profits.

It is worth emphasizing that this figure does not concern inflows, but profits, i.e. net of expenses. Those who mine must invest a lot of money in machines and in electricity, so in order to calculate profits, expenses must be subtracted from income.

To make these calculations Traders of Crypto used data from coinwarz regarding a single mining-rig, and a 2021 report on electricity bills from the Department of Business, Energy and Industrial Strategy was used as the average electricity price per kilowatt hour.

Pool fees, on the other hand, were calculated by taking an average of all pools on the Bitcoin Wiki, while for exchange rates, Google Finance’s rates as of 18/05/2022 were used.

It is possible that the fact that Ethereum came first in this ranking is an indirect consequence of the forthcoming switch to PoS. This means that miners are hardly investing in new machines, as ETH mining will presumably cease in a few months’ time. In fact, the other very profitable cryptocurrencies are far behind.

In second place in this ranking was Verge, with a daily profit of less than $14, and in third place Dogecoin with just under $13.

It is worth noting that Bitcoin is not on the list, both because miner earnings are currently very low, and because it is actually no longer worth mining Bitcoin with mining-rigs but with ASICs.

The ranking of the least profitable PoW cryptocurrencies

The least profitable PoW-based cryptocurrency for miners right now is Dash, with only $0.18 profit per day. This is a much lower estimate than the others, perhaps because Dash’s market value has now plummeted 97% from its December 2017 highs.

In second place among the least profitable PoW cryptocurrencies for miners was Peercoin, with $1.15, and in third place ETC (Ethereum-Classic) with $3.14.

It is worth noting that there are even loss-making cryptocurrencies, i.e. where the cost of mining is higher than the average revenue.

It should be mentioned that these are estimates made with a “standard” mining-rig, whereas the reality might be different if a rig is not used.

Overall, out of 23 PoW-based cryptocurrencies analyzed, only six generate profits at this time when mined with rigs, with Bitcoin generating a loss of $0.97 per day. The estimates would have been different if the benchmark had used mining with ASICs instead of mining with rigs.

The post Mining: here are the most profitable cryptocurrencies appeared first on cryptodailynews24.com.