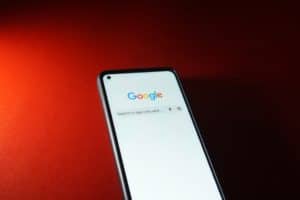 Google files for bankruptcy in Russia

Alphabet, Google’s subsidiary in Moscow, has decided to file for bankruptcy following the freezing of its accounts by the Russian government.

Google Russia is struggling with the freezing of funds

There is bad blood between Google and the Kremlin. Putin’s government has long been fighting with the American giant for control of information or at least to be able to “filter” it, but this, as expected, is not allowed by the company.

The Russian communications authority, Roskomnadzor, has long accused Google Russia of not conforming to the country’s editorial lines.

The war in Ukraine has only increased tensions in the field of communications, and Google’s non-alignment with regime propaganda was the straw that broke the camel’s back.

The Kremlin even went so far as to threaten huge sanctions on the most important positions within the American company, but in the end it opted for something more incisive.

The local authorities seized the current accounts of the American big tech company and effectively made it impossible for business to continue on Russian soil.

Alphabet’s accounts amount to $188 billion, money that would be amply sufficient to manage the amount of emoluments and the various obligations to the tax authorities and suppliers, but are blocked, or more precisely, at the disposal of Moscow.

The bankruptcy petition was prominently displayed both in the official bankruptcy register and in the press agencies, namely Interfax, the Russian agency that first provided the scoop.

The unpleasant situation that the American big tech company encountered on Russian soil is not an isolated case.

The general situation of many foreign companies operating in Russia

Many companies that are frowned upon by Putin’s government simply because they are from countries that are declared hostile or do not accept certain diktats, have encountered the same situation.

Some companies have opted to come to terms with the authorities and have decided to sell off warehouses, equipment and raw materials to the government on condition that they are allowed to buy them back within six years, if and only if the companies’ countries of origin are back on good terms with Moscow.

Among the companies that have preferred the deal route is Renault, the French automotive company.

Google’s closure in Russia is a blow for the parent company, which nevertheless has broad shoulders and can cope with the loss, but it is also a blow for all companies that, like it, have invested in the country and find themselves in the same situation.

The operation to purge the activities of countries considered hostile only worsens the already tense geopolitical relations and spills over not only on the war front, but also on the human and economic front with the loss of thousands of jobs and revenue.

The post Google files for bankruptcy in Russia appeared first on cryptodailynews24.com.