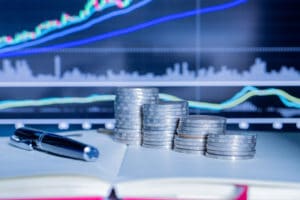 Loretta Mester, president of the Cleveland Fed, does not foresee a recession and expects inflation to fall gradually to 2% two years from now.

Expectations of Cleveland Fed on inflation and recession

On Sunday, 19 June, in an interview with CNBC, Loretta Mester, president of the Cleveland Fed, made arguments that shed new light on the US government’s monetary policies.

The bogeyman of a recession, however likely it may be, is not the scenario Mester expects for the US economy.

According to Mester, the US Central Bank’s aggressive policy of dealing with self-induced liquidity inflation to save the economic and social fabric in times of pandemic is not the only ammunition for the US.

Indeed, a number of policies less in the spotlight are being implemented alongside the rate hike, according to the executive.

The three rate hikes of 25bp, 75bp and 75bp respectively that have been implemented since the beginning of the year to date follow an ironclad schedule set by the Fed. Seven are planned for this year, four for next year, and a surveillance strategy with targeted interventions for 2024 to bring inflation back to a “manageable” 3%.

The views of the president of the Ohio capital city are optimistic in this regard.

Mester thinks inflation will subside much sooner, it will only take two years and gradually return to a CPI of 2% without too much trouble.

The recession much heralded by most analysts is not so likely, according to the president. Indeed, despite the fact that we are already seeing important effects such as the redistribution of American household spending (increasingly towards primary goods) and despite the fact that the employment rate is slightly underperforming, this problem will be averted.

With regard to the foiled danger of a recession, the executive stated:

“I am not anticipating a recession. American households are really shifting some of their spending. We will have to be very careful and agile in how we deal with this withdrawal of this very accommodative monetary policy. It is something more appropriate for the economy. The situation. in Ukraine, which is a tragedy, it has really led to those high oil prices that everyone feels the brunt of and high gasoline prices. We at the Fed are very busy using the tools at our disposal to keep this inflation in check and bring it back to 2%. Now it’s the number one challenge in the economy”.

This view was assessed as too optimistic by insiders on the web, and Mester was accused of taking the problem too lightly by emulating the behaviour of former US Central Bank president Ben Bernanke.

“Growth is slowing down to slightly below-trend growth. It won’t be immediate to see 2% inflation. It will take a couple of years, but it will subside. We will look for monthly changes in inflation rates to get real evidence. valid on the fact that inflation first stabilized and then started to fall. It will take some time to bring inflation back to 2% but what we are looking for is that we can see some moderation in demand, which has been incredibly strong”.

He then goes on to say:

“Bringing it back in alignment with the supply side, which of course, as you know, has been constrained, alleviating some of that price pressures, getting inflation moving back down and on a sustainable path back to 2%, which is our inflation goal”.