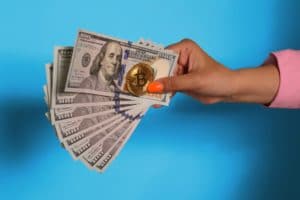 Bitcoin on the rise, but it may be short-lived

Bitcoin’s price has been rising slightly since yesterday, but it is not known how long this small retracement might last.

The yearly low was touched on Saturday at around $17,500, but since yesterday there has been a small rebound that has brought it back above $20,000.

Actually, it has already attempted to reach as close as $21,000, the price it had on Friday before the further decline began.

However, several analysts argue that this could also be a short-lived rebound.

For example, one of Bitfinex’s Market Analysts says that the turmoil we have witnessed in the crypto market recently is unlikely to abate anytime soon.

“Cryptocurrency’s current status as a risk asset makes it fertile ground for trading firms seeking to exploit market movements and anomalies in price across different exchanges. This is none more the case than with Ethereum as it rebounds after falling as low as US$880 over the weekend. The second biggest cryptocurrency has clocked up a gain of about 10 per cent over the past 24 hours”.

However, this could only be a rebound following the collapse of the past few days, and not a real recovery.

It is worth mentioning that the case that triggered last week’s collapse, namely Celsius, seems to be possibly finding a solution. The situation on the crypto markets actually remains difficult.

Curiously, TRX (Tron) climbed to 13th position by market cap, also ahead of Shiba Inu and AVAX (Avalanche), although still 73% below its lows.

In such a clearly difficult picture, in the absence of clear positive signals at the macroeconomic and financial level, it is difficult to imagine that a significant new rise in the price of Bitcoin can be triggered.

It is no coincidence that the Fear & Greed Index is still at 9, very close to historic lows.

Moreover, today the US markets are closed for holidays, so it is not even possible that they could help Bitcoin to rise again in the event of a positive session.

It is probably mainly macroeconomic and financial data at a global level that is influencing the crypto markets at the moment, and from this point of view there are no good signs on the horizon in the short term.

Finally, it is worth mentioning that historically after the bursting of the post-halving speculative bubble, the price of Bitcoin has always suffered for a couple of years, so it could also be in a similar situation. Comparing the post-bubble price of the two previous post-halving bear markets, the average price of Bitcoin in 2022 and 2023 could be around $25,000. However, completely different macro conditions could blow this estimate out of the water.

The post Bitcoin on the rise, but it may be short-lived appeared first on cryptodailynews24.com.