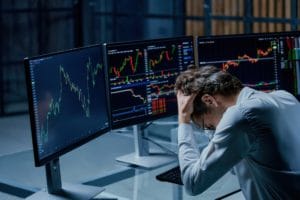 Bitcoin and Ethereum to pre-pandemic levels?

The prices of BTC (Bitcoin) and ETH (Ethereum) have returned to 2020 levels. Will they also return to pre-pandemic levels?

Actually, it had already been at those levels three years earlier, in mid-December 2017, when the second post-halving speculative bubble occurred.

It was around $10,000 the level at which the price of BTC had returned to in February 2020, i.e. before the collapse of the global financial markets due to the onset of the pandemic in March 2020.

The lowest level reached in this last phase was $17,500, definitely far away from the pre-pandemic $10,000, but not so far away as to assume that in the event of a new fall it cannot fall that low.

Moreover, collapses of this magnitude have happened in the post-bubble years before.

For example, during the first post-halving bubble, in 2013, the peak price reached by Bitcoin was just over $1,100, but in the following two years, it fell as low as $170. In essence, the swing between the post-bubble high and post-bubble low was about -85%.

Then something very similar happened in 2017, with the price rocketing to $20,000 during the second post-halving bubble, and then plummeting to around $3,200 in December of the following year. In this case, the swing between the post-bubble high and low was about -84%.

Considering that in November 2021, during the third post-halving bubble, the maximum price reached by Bitcoin was a little over $69,000, a loss of 84% would mean a value of about $11,000, i.e. in line with pre-pandemic values.

So it is entirely possible to assume a return to pre-pandemic values, although it is very difficult to calculate what the actual probability of this happening is.

The situation for ETH (Ethereum) is similar

However, it is worth remembering that the 2018 post-bubble low was 94% lower than the January high of that year, so the same reasoning for Bitcoin may apply.

In other words, there is a theoretical possibility that both Bitcoin and Ethereum could return to the pre-bubble levels of February 2020, but it would require a collapse similar to that of 2018, percentage-wise. This is not an absurd hypothesis, but it is virtually impossible to determine how likely or unlikely it is.

The post Bitcoin and Ethereum to pre-pandemic levels? appeared first on cryptodailynews24.com.