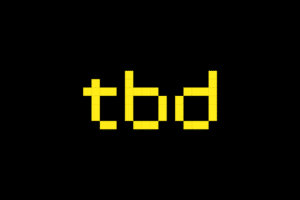 Jack Dorsey, the former CEO of Twitter has announced the launch of a new Web5 based on Bitcoin.

The revolutionary idea of ​​Web5 from the mind of Jack Dorsey

The company TBD, controlled by Block and founded by Jack Dorsey, has announced plans to build a new decentralized web centred on Bitcoin. According to Dorsey, Bitcoin should be the architrave on which the web will move in the future.

The new project, called “Web5”, is yet another proof of Jack Dorsey’s blind faith in the most famous cryptocurrency.

While the Web3 concept rests on blockchain technology and tokenization to decentralize the network, Web5 is a system based entirely on a single distributed network: that of Bitcoin.

This new decentralized web leverages #Bitcoin to put users back in control of their data and identity – once and for all.

Here’s a thread with all you need to know

According to the new Web5 concept, the network should become a decentralized platform centred on its native currency, which would be BTC. On the other hand, Dorsey had already criticized the new Web 3.0 in December 2021 via Twitter, describing it as being owned by venture capital companies and therefore not decentralized at all.

The VCs and their LPs do. It will never escape their incentives. It’s ultimately a centralized entity with a different label.

Know what you’re getting into…

What is the idea of the new Web5?

Thus, on 10 June, Dorsey launched the idea of a project for a new web that would be completely decentralized and secure without any intermediary that could control user data.

this will likely be our most important contribution to the internet. proud of the team. #web5

The document presenting the project reads:

“The web democratized the exchange of information, but it’s missing a key layer: identity. We struggle to secure personal data with hundreds of accounts and passwords we can’t remember. On the web today, identity and personal data have become the property of third parties”.

The document drafted by the developers of the new web then continues:

“Web5 brings decentralized identity and data storage to your applications. It lets devs focus on creating delightful user experiences, while returning ownership of data and identity to individuals”.

The main goal of Web5, in the minds of its creators, would be to give users back the power over their digital identity and related data through decentralized tools. In short, to avoid episodes such as those of Facebook, which allegedly sold the data of thousands of users to an external company.