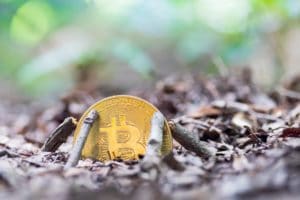 The reasons for the crypto market’s collapse

Starting on Friday, 10 June, there was a real collapse of the crypto markets.

The crypto crash: what happened?

Taking Bitcoin as a reference, its price fell from $30,000 to $20,000 in five days, dragging all other cryptocurrencies down with it.

The total crypto market capitalization fell from $1.3 trillion to $900 billion, but yesterday the collapse came to a momentary halt.

After hitting these lows, there was a small rebound, due in part to the positive reaction of the US stock markets to the Fed’s decisions.

Two factors played the main role: a strong fear that dominated all financial markets to some extent, particularly due to fears that central banks’ monetary policies would become even more restrictive, and some specific problems in crypto markets.

As shown by last night’s bounce, the main dynamic would seem to be the global financial markets, and in particular the possibility that central banks will be forced to opt for even more restrictive monetary policies due to high inflation.

The Fed yesterday announced an interest rate increase of 75 basis points, the highest since 1994. The markets, however, had already factored this in and, indeed, reacted well yesterday. The slump of the past few days was due to this fear, but when what the markets had already suspected was confirmed yesterday, the reaction was positive.

Moreover, the Fed itself stated that with the current monetary policy it should be able to bring inflation back to 5% by the end of the year (it is now at 8.6%), and the markets liked this because it means that its monetary policy should not become more restrictive than it is now.

Therefore, barring any future news, this dynamic related to fears of further tightening of central banks’ monetary policies yesterday seems to have come to a temporary halt.

This not only pushed up the stock markets, but also the crypto markets, though only slightly. In fact, it may not even be called a real rebound, but merely a halt to the crash.

There is no guarantee that this halt will be lasting, because if there is negative news, it could also continue.

The other problem, which has specifically plagued the crypto markets, are the real risks of bankruptcy for services like Celsius, or funds like 3AC.

Tron’s algorithmic stablecoin, USDD, also suffered greatly yesterday, dropping as low as $0.96. This was not a true collapse, comparable to that of UST, but it is certainly a sign that there were real fears that it might jump.

At the moment, those fears seem to have subsided momentarily, though not entirely dissipated, but it is possible that they played a secondary yet significant role. It seems that the main dynamic was the fears of the global markets, compounded by the specific fears of crypto failures that generated a real collapse.

There are many who expect a further decline.

While fears of a further tightening of central banks’ monetary policies seem to have faded momentarily, those related to the collapse of some major crypto services have not faded at all. Therefore, in the absence of a positive push from the traditional markets, and in particular the US stock exchanges, the collapse of crypto markets may well resume shortly.

The post The reasons for the crypto market’s collapse appeared first on cryptodailynews24.com.