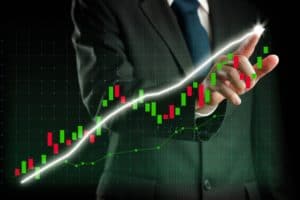 The Fed opts for a 75 basis point rate hike

Another rate hike by the Fed, this time more significant

The fears of some analysts such as JP Morgan about a further tightening of monetary policy were well-founded.

On Wednesday, 15 June, Jerome Powell, after a day of consultations, opted for a very sharp rate increase.

To trace back another increase of this magnitude one has to go all the way back to 1994, when the Fed chairman at the time, Alan Greenspan, opted for 75 basis points.

The measure, Powell said, was the result of lengthy consultations that led to an understanding of how serious the inflation problem is and, consequently, how crucial it is to contain it.

The fight against CPI had a well-defined plan, but apparently it had to be accelerated. The plan envisaged interventions at every US Central Bank meeting with the Federal Open Market Committee (FOMC) that would generate rate increases between 0.25% and 0.50% spread over three years until the threshold deemed acceptable of 3% was reached.

This year would have been characterized by seven interventions: 2023 by 4-5, while 2024 by targeted interventions depending on the inflation figure, which in the Fed’s targets should have been almost entirely within the target range.

Yesterday morning there were fears that a 50 basis point increase would not be enough and that they would opt for a further tightening with 75 basis points.

The more the hours passed, the more the theory also advocated by JP Morgan took hold with all the fears it brought with it.

The impact on the economy of such an aggressive increase

According to some analysts, such a sharp and unexpected increase would not have benefited the markets, which would have plunged, but this did not happen to the extent feared. At least for now, people can breathe a sigh of relief.

It is widely believed that the year will end with a benchmark rate of 3.4% if the Fed raises rates by 1.5% in the coming months as per the dot plot.

The FOMC states that:

“Overall economic activity appears to have picked up after falling in the first quarter. In recent months, job increases have been robust and the unemployment rate has remained low. Inflation remains high, reflecting supply and demand imbalances linked to the pandemic, rising energy prices and wider price pressures”.

The aftermath led to a further increase in the price of gold by 1.22% and silver by 2.84%, while the crypto sector did not seem to be greatly shaken as the asset had expected this turnaround and had already factored in the increase. Bitcoin stands at around $21,000.

The post The Fed opts for a 75 basis point rate hike appeared first on cryptodailynews24.com.