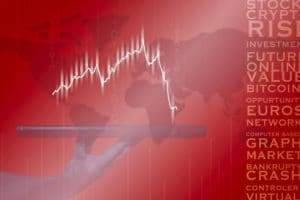 The crypto bear market could last another two years

Yesterday’s article in Forbes explains how the crypto bear market could last another two years.

According to some analysts, the crypto bear market could last another two years

This period of declining markets is also reflected in the performance of digital currencies, with BTC, for example, falling from $46,000 to $21,000 in the last three months.

Correlation is a factor ascertained by most analysts, and investors will only return to investing heavily in crypto once the stock market has recovered.

Over time, it has become clear that in the case of digital currencies, long periods of declines are alternated with short bull market periods. This is also the case with Bitcoin, which follows two-year cycles with the same alternation.

It can therefore be said that the stock market trend influences the crypto world, but the cycles do not always have similar durations. Sometimes it is just an extra push to go in a certain direction.

The last downturn started at the beginning of 2018 and lasted for two and a half years.

“The next two years are going to be really difficult”.

“New software developers are on the way and we are seeing more and more high-quality founders. We see Facebook and Google’s Web2 executives arriving at a faster pace. ” “This is the first time that crypto and Web3 have existed in a bear market macroeconomic environment, where a recession could occur next year”.

Beyond the very critical macroeconomic environment that sees the world trudging through wars, an energy crisis and high inflation, the current bearish situation is normal, but how much of a recession is upon us is unknown.

“One or two years is what everyone says … And that’s what we’re saying to our portfolio companies: make sure you have two years on the track”.

A further negative push has also come from the Terra ecosystem debacle, which has led to a loss of confidence in the asset. Likewise from the Celsius case, where a temporary suspension of withdrawals has dealt a blow to investor confidence.

Two years of patience in the markets lie ahead, but that does not mean there will be no opportunities.

The post The crypto bear market could last another two years appeared first on cryptodailynews24.com.