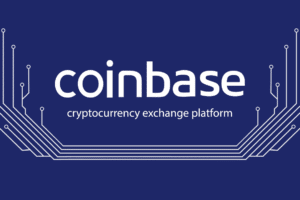 Coinbase is ready to lay off 18% of staff

On Tuesday, the CEO of Coinbase announced that the company will be forced to drastically reduce the number of its employees.

Coinbase and the 18% cut in human resources

In a Twitter statement, the CEO and founder of the famous US exchange announced that the company is preparing to drastically reduce the number of its employees.

1/ Today I shared that I've made the difficult decision to reduce the size of our team at Coinbase by about 18%. The broader market downturn means that we need to be more mindful of costs as we head into a potential recession.

The large downward fluctuations in the cryptocurrency market have evidently impacted Coinbase’s accounts, which is therefore forced to reduce its costs, starting with labour costs.

2/ We also grew quite quickly over the past two years and have begun to operate less efficiently at our new size. It will take us some time to adjust to this new scale before growing again.

At the same time, he explained how the company’s sudden growth over the past few years also meant that it had to start modernizing and making its structure more efficient.

The CEO’s words and the reasons for the complicated choice

On the company blog, the CEO wanted to explain in more detail the reasons for this not easy decision:

“We appear to be entering a recession after a 10+ year economic boom. A recession could lead to another crypto winter, and could last for an extended period. In past crypto winters, trading revenue (our largest revenue source) has declined significantly. While it’s hard to predict the economy or the markets, we always plan for the worst so we can operate the business through any environment”.

On the other hand, the latest figures released for the quarter disappointed analysts’ expectations. Net revenue for the first quarter fell to $1.17 billion from $1.60 billion a year earlier. Trading volume was $309 billion for the first quarter, compared to $547 billion in the final quarter of 2021. The stock has lost 77% of its value in the last six months, and in the last five days alone the drop has been over 20%.

But this decision by Coinbase is by no means the only one in the crypto sphere, where many companies are coming to terms with market declines that do not seem to want to stop. Lending company BlockFi said on Monday that it plans to reduce its workforce by 20%. The crypto exchange Crypto.com, which has seen exceptional growth in 2021, announced three days ago that it would lay off 260 people, about 5% of its workforce, while Gemini said earlier this month that it would be laying off 10% of its employees.

The post Coinbase is ready to lay off 18% of staff appeared first on cryptodailynews24.com.