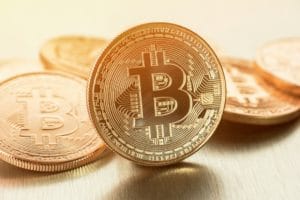 Bitcoin recovers some ground thanks to the Fed

There seems to have been a small recovery for Bitcoin in recent days, though the price remains well below $22,000. This has been partly due to the sentiment spread by the Fed.

Sentiment remains very negative, but if anything this negativity seems to have diminished slightly.

In particular, the Fear & Greed Index rose from 7 to 9, still in extremely negative territory, but no longer at record levels.

Yesterday and Wednesday’s level of 7 is actually a record high for this cycle. Not even during the financial market crash of March 2020 were such low levels reached.

In fact, yesterday it had fallen as low as 22, while today it has recovered to just under 25 points.

From this point of view, it has been oversold for five consecutive days, while for example in May, during the period of the implosion of Terra, it remained there for six consecutive days, and in January for only four.

The graph of the last seven days shows an initial slump between Sunday and Tuesday, then a second on Wednesday, followed by a slight but only temporary recovery.

Paradoxically, it was the Fed’s words on Wednesday that generated the temporary recovery.

On Wednesday evening, the US central bank announced a rate increase of 75 basis points, just as most professional investors expected, but also added that the next increases would not be larger. In addition, it said that it believes inflation will fall to 5% by the end of the year without any need to change the current restrictive policy.

Investors’ expectations at a time of extreme uncertainty

The markets, on the other hand, feared a tightening of restrictive monetary policies, which is why panic seemed to be setting in. While on the traditional financial markets there was certainly great fear, but perhaps not outright panic, there was pure terror on the crypto markets.

The trouble, however, is that it may not be over. Indeed, the focus now shifts from monetary policy, which apparently will not become even more restrictive, to fears of recession.

Indeed, there are those who speculate that the recession is already here, although it may perhaps turn out not to be particularly severe and perhaps even short-lived.

"We're in a recession. It's a mild recession…but this first half is negative GDP growth and it's ending on a slide." pic.twitter.com/Fz12ouqHMw

Therefore, Bitcoin’s small price recovery from $20,000 may not last long, should US recession fears prove to be well-founded. It is not certain that the markets have already discounted this hypothesis, just as it is certain that they have not yet discounted a possible change of course by the Fed towards even more restrictive monetary policies.

The US economic data that will emerge in the coming days, after the weekend, will probably be decisive. If investors become convinced that there is a significant probability of a recession, it is possible that fear will return after this very limited period of slight recovery.

The post Bitcoin recovers some ground thanks to the Fed appeared first on cryptodailynews24.com.