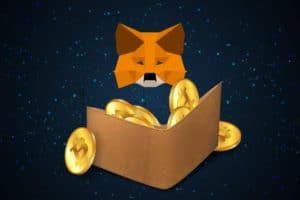 In a crypto market deep in the red, some opportunities are arising for experienced traders. Many investors are discovering arbitrage opportunities in DeFi, a technique that trades the price disparity between ETH and a related product.

Specifically, there is a token on the market, stETH, which represents staked Ether. It was launched in late 2020 by the dApp Lido Finance and has become one of the most popular collateral assets for lending and borrowing on the DeFi markets.

According to many experts, the decline of this token is one of the causes of the liquidity difficulties that platforms such as Celsius are experiencing. It is no coincidence, according to others, that Ethereum itself is underperforming the market, dropping below $1,100.

According to crypto data company, Caiko, the token’s decline is also attributed as the main driver behind Celsius’ decision to halt swaps on its lending platform. The hedge fund Three Arrows Capital, which is going through its own liquidity crisis, also reportedly sold part of its stETH token.

But according to blockchain data and market participants, cryptocurrency traders are increasing their positions in stETH as selling pressure mounts on the markets and on Ethereum, which seems to have been unable to get back above $1,300 for days.

Arbitrage on stETH explained in brief

Many traders are taking advantage of the discount as an arbitrage opportunity as stETH will become redeemable 1-to-1 on Ether after the so-called Merge – the Ethereum network upgrade that changes the protocol from proof-of-work to proof-of-stake – according to Rahul Rai, co-head of market neutral at crypto fund BlockTower Capital.

“If you can buy stETH at 0.85 to Ether and you believe the Merge will happen in a realistic time frame, that’s a 15% return”.

Traders in particular are bullish on stETH which is being traded at a discount compared to a few weeks ago, according to data from blockchain data analytics platform, Nansen. The number of those digital wallets holding stETH reached a high of 101 on Wednesday, up from a count of 88 on 7 June.

Andrew Thurman, head of content at Nansen, referring to large companies such as Celsius and Three Arrows, said:

“Plenty of smaller players are playing the [arbitrage trade] as these whales flop around”.

The post Arbitrage opportunities in DeFi appeared first on cryptodailynews24.com.