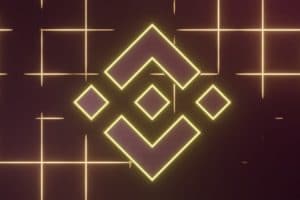 Binance US sued for misleading advertising about UST

Roche Freedman and Dontzin Nagy have filed a class action lawsuit against Binance US in federal court in San Francisco. They will launch similar actions against Coinbase, Kraken and Gemini in the coming weeks.

Binance US accused of calling UST a safe asset

The problem found by Roche Freedman is the definition of UST as a “safe” asset.

UST was supposed to maintain a fixed value of $1, but in reality its value has imploded. The case specifically targets Binance US because it promoted UST as an investment. The plaintiffs accuse the exchange of promoting an unregistered securities offering without prior registration with the SEC.

The case is led by Kyle Roche of Roche Freedman and Tibor Nagy of Dontzin Nagy & Fleissig. The two allege that Binance US gave investors the impression that UST was a risk-free investment, and then unilaterally changed a clause in the contract after the implosion to make the use of these terms less “unconscionable” in anticipation of possible complaints.

Binance US responded by saying that these allegations are unfounded, and that the company “adheres to all applicable regulations”.

The fact is that UST’s value was backed by reserves in Luna, a cryptocurrency with a very volatile value. As soon as Luna’s value plummeted, so did UST’s, highlighting how it was by no means a risk-free asset.

While all investments in reality have their own risk component, there are big differences between the various risk levels of different assets.

For example, a stablecoin pegged to the dollar and 100% collateralized by dollar reserves is, or should be, low risk, whereas a cryptocurrency like Luna is always inevitably high risk.

That is why even UST could not be called a risk-free asset, and on balance it is possible to say that it was not even low-risk.

Hiding the risks of a financial investment does not comply with US regulations, so the conditions for a lawsuit would seem to be in place. It remains to be seen whether the Northern District Court of California will find that there are also grounds to proceed with the lawsuit, or not.

Roche Freedman and Dontzin Nagy’s goal is to help investors recover some of their losses from UST’s collapse, and to that end, they are providing a form for those who bought or held UST or Luna.

The post Binance US sued for misleading advertising about UST appeared first on cryptodailynews24.com.