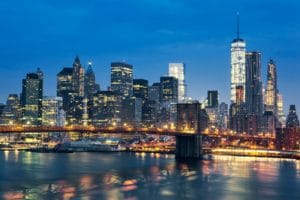 The Governor of New York State may not sign the measure to ban cryptocurrency mining.

The ban on crypto mining in New York

New York State wants to stop mining in the country

On 3 June, the New York State Senate surprisingly approved a bill that would impose a ban on cryptocurrency mining in the state for the next two years. A decision that would be the first one taken in the United States and that has left the crypto community appalled. The news is even more sensational considering how the city’s new mayor, Eric Leroy Adams, has been crypto-friendly and has demanded that his salary be paid in Bitcoin.

Anna Kelles, one of the promoters of this moratorium, explained to the CNBC television channel that the measure is not intended as a ban on cryptocurrencies or mining.

In this regard, Kelles explains that:

“It’s like a three-page bill. So it would be wonderful to just have people read it, but it often ends up being an interpretation based on emotions”.

The measure would ban those who use fossil energy to carry out mining activities according to the PoW (Proof-of-Work) model, which is known to be very energy-intensive. The text would therefore seem to go in the direction of facilitating the use of renewable energy for mining, which would not be affected by the ban if it used 100% sustainable resources.

Katy Hochul comes out against the ban on crypto mining

In the last few hours, rumours have been circulating that the state governor, Katy Hochul, would not sign the bill, rendering it non-operational.

During a press conference last Tuesday, the Governor said:

“We’ll be looking at all the bills very, very closely. We have a lot of work to do over the next six months”.

It seems that the cryptocurrency industry has been doing a lot of lobbying in recent hours to convince it not to sign the decree, and not make the state the first to operate such a ban in the entire US.

Last year, Kentucky passed a couple of bills creating tax incentives for cryptocurrency companies. Legislation proposed in Illinois in January would amend a state law to extend incentives to mining companies. Texas has long been taking a very favourable attitude towards those who want to move their mining operations to the state

Perianne Boring, President of the New York Chamber of Digital Commerce, said in a note:

“It’s a shame the Legislature has voted to impose a moratorium on Bitcoin miners in New York. This is a significant setback for the state and will stifle its future as a leader in technology and global financial services”.

In recent months, a number of crypto companies have funded the Democratic governor’s campaign. These include a well-known mining company in the area, Coinmint, which mines cryptocurrency on the grounds of a former aluminium plant in Massena. The company has apparently financed Hochul in recent months with $40,000.

There are currently around 20 mining companies operating or applying for licences in New York State.

Anna Kelles then concluded by saying:

“Any delay in signing the bill puts our state at a serious risk of many old, inefficient, retired power plants being purchased and turned back on for consolidated crypto-mining operations for private profit”.