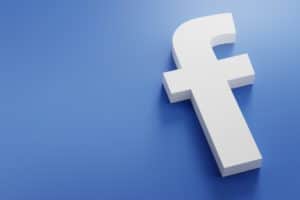 Facebook (FB) changes ticker to META for the listed stock

The young Mark Zuckerberg had the idea of a communication space in his head that has evolved over the years to become the colossus we know today. Its foundation dates back to 2004, but the upgrade came last October when, somewhat surprisingly, the company announced the change of name and strategy for the coming years with the compass pointed towards the metaverse. Indeed, the name chosen was Meta.

From the beginning of the year until today for a multitude of causes the stock has lost more than 40%, certainly not a great year, and in the last session it lost a further 6%.

Yesterday’s session will be known as the one of the official name change on the stock list from FB, i.e. Facebook, to META. What triggered this seemingly unbroken series of losses for the social giant?

From today the Meta (formerly Facebook) stock will have the META ticker on the Stock Exchange, instead of FB

A 42% loss is in line with that of other companies in the sector, and in the negative year that the market is experiencing, it would be unusual for the opposite to be the case, but Meta has some major critical issues apart from a bad year, war in Ukraine, the energy crisis, inflation and some stablecoin-related issues in the crypto world. These factors have created problems for all listed and unlisted companies alike. However, Facebook’s difficulties are not only these, there are deeper ones.

Last year, the Facebook team realized that a drain of users was taking place from the former social catalyst for young people par excellence in favour of smarter and more appealing formats according to the new generations, with a consequent shift in the volume of business generated by ads and commercial.

In essence, social networks such as TikTok, but also to some extent Instagram, were concentrating on young people, the true lifeblood of these companies, who are those who follow trends the most and spend the most on average.

The metaverse, which is increasingly gaining ground, seemed the right direction (and it is) to offer something revolutionary to users who will no longer find themselves enjoying a social network by interacting at a distance but living in it as a sort of augmented reality or parallel world. This transformation, however, obviously does not happen in a day and has required huge investments on Zuckerberg’s part.

The company has invested billions and billions in this direction and the name change is only the beginning. This year of incubation will lead towards the first significant steps into the new era of social networking, so in part, these losses in the stock can be justified in anticipation of a bright future.

The 6% loss at the official starting gate that decrees the watershed between Facebook and Meta will not be the most desirable outcome and has triggered some humour, especially on Twitter. According to Barrons (news from the world of finance) a “significant reduction in trading volume tends to follow a ticker change”, is entirely in line with the case history to date.