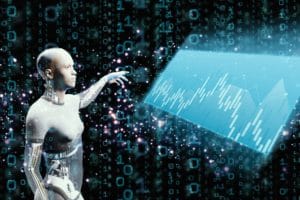 Euronext, the company that manages the stock markets in Amsterdam and Paris and which from 2021 has also expanded to Milan, is launching a basket of technology stocks called Euronext Tech Leaders, a new set of stocks aimed at focusing the attention of investors who find the technology sector attractive.

The new European stock index for the technology sector

ASML, Just Eat Takeaway.com, Tom Tom and Ubisoft are just some of the names that will take part in the basket of stocks.

On Tuesday, the company announced that the basket will become operational and searchable from July 2022.

The Euronext Tech Leaders can be an incentive to compete with the Nasdaq overseas, albeit with due differences and capitalization.

The 700 technology companies in Euronext’s repertoire are listed at €1 trillion. Proof of its attractiveness is the liveliness in investments demonstrated by the company, which this year has a further 212 listed companies, half of which are in the technology sector, in addition to big names such as Cdp Equity, Borsa Spa and Intesa Sanpaolo.

The minimum requirements to enter the pan-European basket are challenging: a minimum of €300 million capitalization and a minimum growth rate or for capitalizations over €1 billion without taking further parameters into account.

“In order to raise the international profile of listed European technology companies”, the company said the basket will offer advisory and communication services as well as pre-listing services, executive training, etc.

The first composition of the European tech index

Stephane Boujnah, CEO of Euronext, told reporters that they did not want to put this basket in competition with the more established Nasdaq, but wanted to create something new. He states:

“What we are trying to develop here is a fundamentally different approach”.

In essence, it is a matter of grouping stocks of the same type with a high capitalization and growth rate into a single basket so that they are better monitored and valued by investors who see the sector as a prospective asset that can bring positive results.

The idea is that the stocks in the basket will be able to strengthen each other and emerge in an international picture as increasingly attractive. In this case, it stands as a solid alternative to the better-known American Nasdaq.

The launch is expected in July, and the first months will be watched carefully so as to have a history as a basis for future data. It will be curious to see if and how Tech Leaders will perform compared to its overseas counterpart.