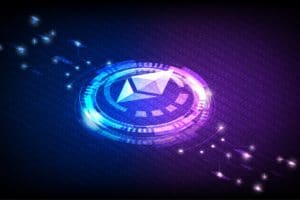 Ethereum: success for the test of the Merge

The test for the Ethereum Merge conducted on the Ropsten testnet has been successful so far.

Summary of the Ropsten testnet merge:

Everything went according to plan, so much so that the price of ETH did not move significantly. In fact, the markets had already predicted a positive outcome.

Only a few steps away from the definitive Merge

The Merge occurred at about 4 PM 16:00 UTC, i.e. more or less two hours after the planned time. The chain had a participation rate of 99.2%, and after the Merge it dropped by 13%. Much of this drop was trivially due to a configuration problem on the Nimbus team nodes that was easily solved.

After the corrections were made, the participation and proposal rates rose again to around 99%!

A few small bugs have emerged, as is always the case in these instances. In particular, some clients go into timeout when creating a block or making block proposals with zero transactions. The technicians are working on possible solutions.

Now the test chain will be monitored in the coming weeks to verify that no client pairs go out of sync.

The team asks all those who detect problems or malfunctions to report them promptly so that they can look for a solution.

“A hearty congratulations to every client team on a great merge!”.

Now, if everything continues to go well, the Ropsten testnet will de facto be abandoned, since it was based on Proof-of-Work.

Feel free to use it short term, but don't expect long term support. Migrate stuff onto Goerli/Sepolia for the long term!https://t.co/imWoYexZh0

The next steps before reaching the final transition

The suggestion for those wishing to use another testnet for Ethereum is to migrate to Goerli/Sepolia.

In fact, the planned idea is precisely to abandon the current blockchain in use based on PoW, with all its testnets, and to switch definitively and completely to the new Beacon Chain based on Proof-of-Stake and its testnets.

The success of the test Merge on Ropsten does not actually bring the day of the final Merge any closer, but simply does not push it away. Moreover, it is not yet certain that any new problems will not emerge in the coming weeks, although this seems unlikely.

Therefore, although there is still no definitive date for the transition of Ethereum to PoS, the hypothesis that it could take place in August, or at most in September, seems confirmed.

By now, what could have been the main obstacles seem to have been overcome. It cannot be said that everything is going exactly as planned, but only because there have been some slowdowns. In fact, after the launch of the Beacon Chain it was assumed that the final merge could take place by the end of June, but instead it was postponed by a couple of months.

However, no insurmountable problems have emerged in the meantime, and it seems that all those that have emerged have found, or are finding, a solution.

In such an optimistic climate, from a technological point of view, any serious hiccups in this process that is now in its twilight years could have a decidedly negative impact on the price of ETH.

The post Ethereum: success for the test of the Merge appeared first on cryptodailynews24.com.