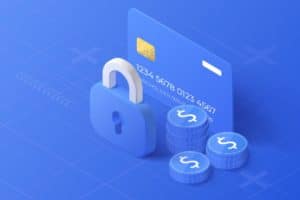 San Diego-based cryptocurrency company, Edge, has announced the launch of a confidential crypto Mastercard, which does not collect KYC data and does not charge transaction fees.

Edge, the company that created the wallet that allows simple yet secure custody and trading of cryptocurrencies, on 8 June announced the upcoming launch of a confidential Mastercard crypto card.

The announcement, which appeared on the company’s website, reads:

“There is no name or address associated with your Edge Mastercard, making for completely private transactions when your card is used. We protect your privacy while complying with all requirements for issuers, card associations, regulations, local, federal and international laws”.

Official statement on the status of the Edge card : https://t.co/pESDc8Rn0U

The company’s announcement shared on its Twitter profile also read that some of the features of these new and innovative cards are:

The company also reiterated how the new card will fully comply with all requirements of issuers, card associations, regulations, local, federal and international laws. At the same time, the company’s founder said in an interview that the card does not require any personal identification to be issued, maintaining absolute privacy.

“Not a name, not a phone number, not an email address. Definitely not your actual address, nothing. You can create a virtual card in around 15 seconds inside of Edge”.

News, properties and features of the new card

According to early information, the card will cost a one-off $20, is accepted anywhere Mastercard is supported and there is a maximum threshold of $1,000 per day in terms of load limits.

A Mastercard spokesperson told Decrypt newspaper that the company would have no direct involvement in the project, while CEO Puey himself had said that Mastercard was well on board.

It is worth noting how Mastercard has long been involved in the world of cryptocurrencies with initiatives related to the development of their adoption, considering how the company’s vice-president, Harold Bossè, a few days ago said he was very optimistic about the possible mass adoption of cryptocurrencies.

The Edge company was founded in 2014 by Paul Puey, Damian Cutillo, Scott Morgan, Tim Horton and William Swanson. It offers a simplified cryptocurrency custody and trading wallet that offers total privacy and secure management of one’s funds. In addition to the launch of this new confidential Mastercard, Edge recently adopted the BitPay Payment Protocol, a protocol that guarantees accurate cryptocurrency payments.