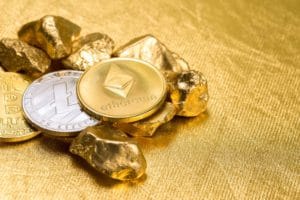 According to a Deloitte report done in collaboration with PayPal on 2000 US retail executives, the adoption of crypto as payment would be a competitive advantage.

According to a Deloitte study of 2,000 senior retail executives in the US and conducted in collaboration with PayPal, 87% of retailers believe that accepting cryptocurrencies is a competitive advantage.

This idea stems from the interest that most customers seem to have in this form of payment, according to 64% of respondents. As many as 83% of respondents believe that customers’ interest in digital assets will increase within the next twelve months.

“Although digital currency payments may not yet be an everyday occurrence for the average customer, overall interest in digitally native solutions is significant, especially among younger generations. It’s a sign to retailers that those that fail to embrace the customers’ demand of this trend run the risk of being left behind and losing out on profits”.

Retailers are motivated by the prospect that cryptocurrencies allow immediate access to funds (40% of respondents). They can also reap the benefits of blockchain-based innovations such as DeFi (39%) and can be facilitated in the internal management of the revenue-treasury-finance cycle (39%).

“This survey shows that merchants view acceptance of digital currencies – driven by consumer acceptance and demand – as key to driving business, and those that are slow to adopt run the risk of falling significantly behind”.

The manager went on to say:

“Customer demand for more innovative and flexible options is now a given, and merchants are finding the means to deliver digital payments in more effective ways, creating value for each player in the transactional flow”.

It is also for these reasons that investment spending on cryptocurrency adoption is expected to increase in the coming year. Indeed, 60% of respondents say they expect a budget of more than $500,000 to enable digital currency payments in the next 12 months.

The post Deloitte report confirms the advantages of crypto appeared first on cryptodailynews24.com.