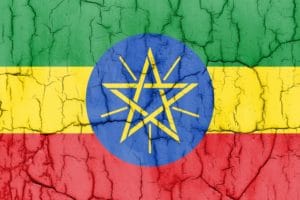 The Central Bank of Ethiopia has issued a public statement warning its citizens that Bitcoin transactions are illegal in the country.

Ethiopia speaks out against Bitcoin exchanges

According to the Ethiopian Central Bank, trading Bitcoin in the country is illegal

In recent days, the Ethiopian Central Bank reiterated in a public statement that Bitcoin transactions are illegal, while also warning of severe penalties for offenders.

In a note, the NBE stated that:

“Ethiopia’s national currency is the Ethiopian Birr, with any financial transaction in Ethiopia to be paid in Birrs, according to the law”.

The announcement was picked up by all local media, while the central authority specified that the use of Bitcoin was considered illegal in commercial transactions. The monetary authority also reiterated that those using cryptocurrencies are only doing so for:

Reactions from the crypto community were not long in coming, and comments began on social media about a statement that sounds highly punitive towards digital currencies.

Why this Happning in Ethiopia it Supposed to Approve Crypto Currencys & Legitimate Digital Currencys To Fully Functionable in Ethiopia, Not All Users use it for corruptions@AbiyAhmedAli @telebirr @ethiotelecom @mensurjema #Ethiopian #Ethiopian #cryptocurrency pic.twitter.com/on5sLpeLqk

In the same statement, the Central Bank nonetheless acknowledges the growth in the use of BTC in the East African country, but reiterates that it has never granted permission for citizens to use the currency for transactions and payments, warning of negative consequences for those who do.

The spread of cryptocurrencies within Africa

The adoption of cryptocurrencies has spread widely in the country as well as across Africa, where Bitcoin transactions last year reportedly reached around $106 billion, up 1200% from the year before.

In Ethiopia, the inflation rate is at 36% and it is now clear that Bitcoin is used more in countries with skyrocketing inflation rates, such as almost all African countries.

In April 2021, the Ethiopian government pioneered an initiative with Input-Output Global, the company responsible for developing Cardano’s blockchain, to create digital and decentralized IDs for students and teachers.

The goal of this project would be to implement a digital payments and transactions system to be expanded across the African continent.

Now this declaration by the Ethiopian Central Bank places the state, whose wealth of raw materials would also make it an ideal place for Bitcoin mining, among the 42 countries in the world that have declared the use of cryptocurrencies illegal. While a few weeks ago the Central African Republic, one of the world’s poorest countries, legalized the use of Bitcoin in the country