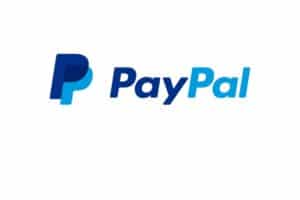 PayPal will allow Bitcoin and Ethereum transfers to external wallets

PayPal announced on Tuesday that its users can now move funds from the platform to external wallets in Bitcoin and Ethereum.

PayPal implements the transfer of Bitcoin and Ethereum

PayPal notified its users of the long-awaited new feature with the following announcement:

“We are thrilled to announce that starting today, PayPal supports the native transfer of cryptocurrencies between PayPal and other wallets and exchanges. This feature has been consistently ranked by users as one of the most requested enhancements since we began offering the purchase of crypto on our platform”.

This will allow the transfer of cryptocurrencies from one’s PayPal account to external addresses.

The new feature, which for now will only apply to Bitcoin and Ethereum and US users of the well-known digital payments app, will be fully operational in one to two weeks at most, the company announced in a note.

This decision, which had already been on the company’s agenda for months, tends to offer an additional service to its users, in a market like cryptocurrency that is increasingly tempting the fintech giants. Recently, the well-known trading app Robinhood started work on a new crypto wallet focused on decentralized finance.

“We are definitely responding to demand from users, that is one aspect. We’ve also been very vocal from the beginning that we’re in this because we are a payments and commerce company, and we think that our role in the ecosystem is about increasing access”.

PayPal first launched its cryptocurrency service in October 2020, allowing users to buy, sell and hold four cryptocurrencies: Bitcoin, Ethereum, Bitcoin Cash and Litecoin, but not to move funds towards external destinations such as MetaMask, Coinbase or hardware wallets. Now after almost two years, it will also be possible to transfer to other wallets.

The full details of the operation and what its future implementations will be are still not entirely clear, as also reiterated by Ponte:

“I don’t know if it’s going to be about the absolute number of users, or it’s going to be more about folks continuing to move in the adoption cycle. We have a ton of people now who have adopted the basic product, and as they grow, they want to do more things. So, it’s less about bringing sophisticated users from the outside, it’s more continuing the learning curve for our base”.

Certainly, especially after the purchase of Curve, the Israeli technology company specializing in crypto custody, PayPal seems intent on investing heavily in the cryptocurrency world.

Da Ponte then concluded by saying that:

“We want people on our platform acquiring digital currencies to be able to then use them to do something, whether it’s buying NFTs or interacting with games or other things, and stablecoins are a component of that and really important for the commerce and payments aspect to grow”.

The post PayPal will allow Bitcoin and Ethereum transfers to external wallets appeared first on cryptodailynews24.com.