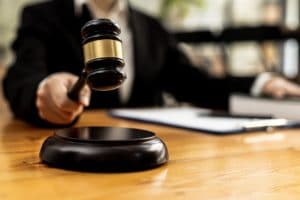 Custodia has sued the Fed’s Board of Governors and the Federal Reserve Bank of Kansas City, accusing them of “illegally” delaying the opening of an account by 19 months.

Custodia, the bank for digital assets, challenges the Fed in court

The bank, founded by former Morgan Stanley managing director Caitlin Long, alleges that the Fed delayed the bank’s opening of a master account by 15 months, when it would normally take about a week.

Custodia, is one of the few financial firms authorized by a Wyoming law to become Special Purpose Depository Institutions (SPDIs), i.e. able to conduct both crypto transactions and traditional banking services. The bank, with crypto-friendly bylaws approved in 2019, said the main account would reduce its costs and is vital to its core mission of providing a bridge between digital assets and the US dollar system.

According to reconstructions made by Custodia Bank’s lawyers, at first it seemed that the paperwork for the main account could be approved quickly. Then the bank allegedly received a routing number issued by the American Bankers Association (ABA), which delayed the whole procedure.

Routing numbers are used to identify banks for cheque and other transactional purposes and are only issued to federal or state financial institutions that may also have a Fed account.

According to Custodia’s lawyers, this practice is completely illegitimate and would have involved the Fed’s own administration, which has usually never shown much inclination towards the crypto world.

The repercussions of the delay on the bank’s operations

Should Custodia Bank win this case, it would likely be a milestone in the dispute that exists between US financial authorities and cryptocurrency companies. While central banks around the world seek to merge the best innovation offered by Bitcoin and other blockchain-based currencies with the best of central management, the lawsuit – and the Fed’s reaction to it – could help define the very future of banking.

“Through this lawsuit, Custodia seeks to ensure that its Federal Reserve master account application receives the fair dealing and due process guaranteed to it by both federal statute and the U.S. Constitution. Custodia has satisfied every rule applicable to it, and has gone beyond by applying to become a Fed member bank”.

In March 2021, the bank founded by Long closed a $37 million round A financing, thanks to contributions from large investors, including Binance US, Coinbase Ventures, Morgan Creek Digital, Slow Ventures and Susquehanna.

The bank’s lawyers stated that:

“This delay in processing Custodia’s master account application is resulting in substantial, ongoing injury to Custodia. The immediate injury is that the delay has forced Custodia to defer its solo entry into the financial services market in favor of a decidedly second-best and far more expensive alternative: launching with a correspondent bank—which has a master account— while Custodia awaits a decision on its long-pending application”.