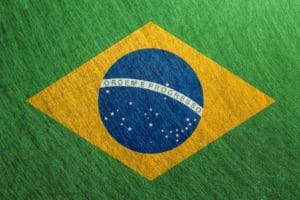 Brazil: Digital Real as collateral for stablecoins launched by banks

In Brazil, the national CBDC, the Digital Real, will be used as collateral and backing for stablecoins launched by the country’s other banks. This was stated by the President of the Central Bank of Brazil, Roberto Campos Neto.

According to reports, the Digital Real, Brazil’s CBDC, will be used as collateral and backing for other stablecoins launched by the country’s banks.

This was said by the President of the Central Bank of Brazil, Roberto Campos Neto, during Valor’s Crypto Summit Rio 2022 event. Here are his words:

“Banks will be able to issue stablecoins on their deposits and will develop a technology for that, they will have to invest, because they can make gains. And once they have that developed, the protocols for issuing stablecoins on deposits will basically be the same thing as for monetizing various other digital assets. We will have a unique format in our CBDC. Because our goal is to monetize assets. And the biggest problem is how to create a CBDC without compromising the banks’ ability to provide credit.”

A kind of wholesale currency is what Campos Neto sees for the Digital Real, so that the national CBDC will not be used among the population for everyday use, but rather as a more accessible asset for businesses and backing other stablecoins.

Not only that, banks will then be able to monetize their deposits, through tokenization, and issue stablecoins that will be backed by the CBDC issued by the Central Bank.

Brazil: tokenization to create wealth in the economy

Campos Neto believes in tokenization as a way to create wealth in the Brazilian economy, starting with the CBDC and also encouraging other banks to develop technologies to tokenize other digital assets.

To explain these benefits, the President of the Central Bank of Brazil described the reverse mortgage operation. Here’s how:

“Today, if you have a house worth one million reais and you want to do a reverse mortgage to get 100,000 reais, the operating cost will be 3% and there will be a lot of red tape. We can do it for ten cents and very quickly”.

Finally, Campos Neto describes the general situation in the world regarding CBDCs, stating that there is no coordination between countries and that each one pursues its own mission. In this regard, here are his thoughts:

“When the members of the central banks started saying that they were going to do a CBDC to solve the issue of transfers between countries, I thought: is this really going to happen? When I meet with other central banks, I see that one is trying to develop a decentralized system, and another talks about automating a multi-tiered payment system… If you have development in this uncoordinated way, it will never be better than a crypto platform that is centralized and built with a single technology”.

NFTs to save the Amazon

In March, the Brazilian company Nemus started selling NFTs as a new way to finance the conservation of the Amazon rainforest, of which it owns 410 square kilometres.

Nemus had already sold 10% of an initial offering of tokens for 8,000 hectares on the first day.

Not only that, the proceeds of the sales have been earmarked for tree preservation, regenerating cut areas and promoting sustainable development.

Conversely, buyers of NFTs can sponsor the preservation of specific and unique areas and tracts of the forest, without owning it, and get a piece of artwork of an Amazonian plant or animal, created by Concept Art House.

The post Brazil: Digital Real as collateral for stablecoins launched by banks appeared first on cryptodailynews24.com.