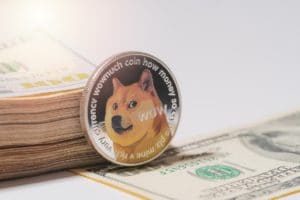 Timothy Ursich, a chiropractor and sports medicine specialist, is running for election to the US Senate in the state of California. In a recent tweet, he proposed making Dogecoin a legal tender in his country.

A US Senate candidate for California, physician Timothy Ursich, announced in recent days that he would prepare a bill to make Dogecoin legal tender in the Sunshine State.

I call on @BillyM2k and @elonmusk for support of my US Senate campaign here in California.

As mentioned weeks ago, if voted in/elected on June 7th, I will draft a bill proposing #Dogecoin as Legal Tender. I will push for mass adoption via the universal utility of #cryptocurrency

At the same time, he asked Dogecoin CEO Billy Markus and Tesla founder Elon Musk, a great supporter of the memecoin since its inception, to support his campaign.

In another tweet, the Senate candidate also stated that adopting the currency for California would be a useful tool to combat galloping inflation in the US.

We already have the tools to combat #inflation … it’s being neglected because they simply do not understand the power of crypto, truly. pic.twitter.com/K9nE2VjMIg

On the other hand, California is one of the first US states to have adopted precise regulations that are quite favourable to cryptocurrencies, thanks to an executive order by the state’s governor, Gavin Newsom.

The text of the document states:

“Create a transparent and consistent business environment for companies operating in blockchain, including crypto assets and related financial technologies, that harmonizes federal and California laws, balances the benefits and risks to consumers, and incorporates California values, such as equity, inclusivity, and environmental protection”.

Ursich’s race for the Senate seat must contend with the strength of current California Senator Alex Padilla, who was chosen by Governor Newsom to fill the seat vacated by US Vice President Kamala Harris. At the moment, Padilla seems to be clearly ahead in all the polls.

The chances of this measure actually being passed seem very slim, as do those of Ursich being elected. The Fed is absolutely opposed to any possibility of legalizing any kind of cryptocurrency.

Dogecoin was one of the fastest-growing currencies in 2021, having achieved an astounding +11,021%. Now, however, it has been languishing for months below the $0.09 mark, after having peaked at $0.7.

The post Will Dogecoin become legal tender in California? appeared first on cryptodailynews24.com.