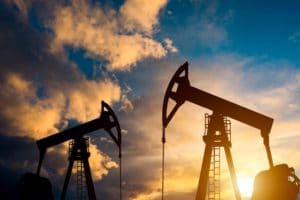 The Russian oil embargo and its consequences

The European Union has reached an agreement, which is estimated to bring up to 22 billion in lost revenue to the Kremlin’s coffers and a rise in the price of Brent crude

From today Moscow will no longer have the same strength; at least that is what Ursula Von Der Leyen and the European Union hope following the launch of the sixth tranche of sanctions against Russia.

In fact, this time the Kremlin is seeing one of its worst nightmares come true, namely the embargo on oil imports, one of the country’s biggest sources of income.

Ever since the war began, there have been plans to act mainly on three fronts, military support (by sending weapons) and civil support (by sending food, medical supplies, etc.) to the Ukrainian population, sanctions against the oligarchs and the Russian economic system, and, finally, blocking all or part of the import of raw materials from Moscow (mainly gas and oil).

The blockade of the Nord Stream 2 pipeline and the gradual decrease in gas imports had done a great deal of damage, but it was not enough. It was also necessary to act on oil, which brings up to $22 billion a day to Putin’s coffers, revenue that could have been used to fuel hostile action in Eastern Europe.

Europe has finally reached an agreement that, while excluding some states that have special agreements with the Kremlin, will block all imports of Russian black gold by sea.

There are 1.5 million barrels of oil imported by sea and they account for two-thirds of the total import which is about 33 billion dollars.

A heavy blow to the economy of Putin’s country, but there are some notable exceptions and loopholes that cast doubt on the effectiveness of the operation.

Imports through oil pipelines, for example, which amount to 750,000 barrels a day (a third of the total), have not been blocked. Germany and Poland together have a pipeline import capacity of another one million barrels, which together with the special arrangements of Greece, Hungary, the Czech Republic and Slovakia (another 6 billion of imports) potentially nullify the effort made with the sixth tranche.

What effect will the embargo have on the price of oil?

What direction will the price of oil take in all this? Will it skyrocket? Much depends on the behaviour of Germany and Poland and also Russia itself.

In a frozen situation that maintains this balance of power, the price of oil could rise to as high as $130 per barrel according to the worst predictions or remain stationary at $120 per barrel as suggested by XTB. Should variables offset the sanctions, everything would change.

The Kremlin has been arranging for more Brent crude exports to Asia and especially to China and neighbouring countries for some time now, so the damage caused by the EU could already be discounted. Not only that, Germany and Poland could unilaterally increase imports via the pipelines by one million barrels, essentially nullifying Europe’s decisions.

Another problem is caused by exports to “unknown” countries that act as a bridge for ships from which they depart under a flag that is no longer Russian and thus effectively circumvent the sanctions, a practice that has skyrocketed since April and continues to increase.

Essentially, Europe puts an embargo on Putin’s oil, but all it takes is to change the ship’s flag and anything goes.

All that remains is to wait for Moscow’s counter-moves and the loyal or not loyal behaviour of individual EU states. This will concretely show which way the price of oil will go.

The post The Russian oil embargo and its consequences appeared first on cryptodailynews24.com.