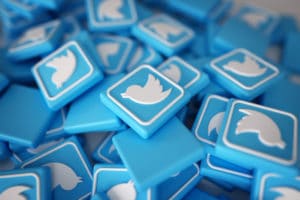 The novelties that Elon Musk will bring to Twitter

It has been confirmed that the process of Elon Musk’s takeover of Twitter is going ahead and with it will come numerous new features within the social network.

Until a few days ago, the deal seemed to have ground to a halt, but it seems to be going ahead anyway. For this reason, it is possible to imagine that within a few months the novelties announced by Elon Musk could start to arrive on Twitter.

The novelty that has certainly attracted the most attention is freedom of speech. However, it is not known exactly what Musk intends to do in this regard.

In fact, this seems more like a propaganda slogan than a real concrete initiative that will lead to actual changes on the platform.

The most important change in the short term would have to be the return of Donald Trump, but for now it seems that this possibility can be ruled out. It seems that Trump himself has no intention of returning and instead aims to attract users to his social network Truth Social.

The most anticipated new feature for Twitter users is probably the possibility of editing tweets once they have been published. Indeed, it seems very likely that this new feature will be introduced sooner or later as various screenshots have already begun to circulate showing tests that Twitter is conducting in this regard.

It seems that the possibility to edit tweets only in the first moments after publication will be introduced, and that perhaps this new feature will not initially be released to all users. It could, however, make its debut even before the completion of Musk’s takeover.

Another change that Elon believes is worth striving for is the fierce fight against bots.

Bots infest Twitter generating huge volumes of often useless, annoying or repetitive content. It is, however, not yet clear how this bot clean-up campaign will be handled, not least because technically it is often not easy to distinguish between bot-generated content and legitimate user-generated content.

The issue is still a work in progress, but it is likely that a lot of effort will be put into trying to put a stop to this problem.

In this regard, one of the things Musk would like to introduce is an easier way for human users to obtain profile verification. This, in fact, would make it possible to distinguish very well between profiles managed by real people, with their identity verified, but again it is not yet clear how this will be done from a technical point of view.

It is certainly clear that Elon Musk will introduce new methods of monetization. In fact, he will need to increase revenue a lot, and this can only be done with the cooperation of users and especially content creators.

It is possible that in the end this will be the real big and important novelty that will be introduced on Twitter thanks to the new management.

On the subject of receipts and payments, Musk himself hypothesized the use of Dogecoin some time ago, although for now it does not seem that the crypto market has really taken this opening seriously.

Maybe even an option to pay in Doge?

Since then, in fact, the value of DOGE on the markets has not increased. On the contrary, as of 9 May, it started to fall, following the overall trend of the crypto markets.

However, it is possible to imagine that Elon Musk will push forward the integration process, already underway, between Twitter and cryptocurrencies, perhaps not only involving Dogecoin but also Bitcoin.