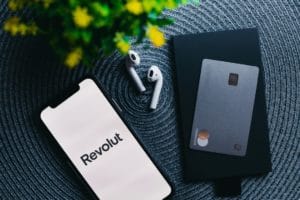 Revolut: 550% increase in new users, especially among the over-55

The company Revolut has released the latest data on its fintech app showing that new users, especially in the over-55 age group, have increased by 550%.

Revolut records a boom in the number of users

The number of transactions made by users aged between 55 and 74 has grown by 590%, while the amount spent has increased by 660% over the past year.

Overall, Revolut has over 18 million customers worldwide and over 650,000 in Italy, with an average user growth in the country of 57%.

97% of the population in Italy owns a smartphone, and now not only among younger users.

The data show that Silver customers find fintech accessible and purchase items and services both in-store and online, although the 2022 figures show that the 55-64 bracket makes about 3 out of 4 purchases in-store, while the 65-74 bracket buys in-store 4 out of 5 times. Customers over 55 use Revolut mainly at supermarkets.

“Our app is incredibly easy to use and we are very proud of it. Customers can create a Revolut account in 60 seconds and, if they need help, we offer a secure online chat service within the app, which connects our customers to real people. Given the increased reliance on online and app-based financial services over the past couple of years, the trend to use less cash and the understanding of security measures and fraud protection, we anticipate significant growth across all age groups”.

Moreover, with the easing of travel restrictions, Silver customers are taking advantage of the ability to spend abroad without fees: in the first four months of 2022, the 55-64 age group spent an average of €530 outside Italy and the 64-75 age group is not far behind, spending an average of €470 per person.

The post Revolut: 550% increase in new users, especially among the over-55 appeared first on cryptodailynews24.com.