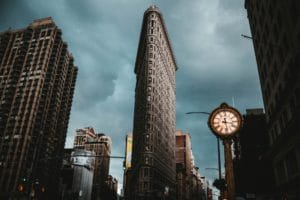 The home state of The Big Apple is known to have always been a leader in the regulatory arena, and it is perhaps this that most directs the attention of industry insiders, given the direction being taken by a controversial bill that could change the economy and the health of American citizens.

Although it has long been on the minds of those legislating in New York State, the mining of Bitcoin and other currencies is now in serious jeopardy after some of the lawmakers who were against the direction being taken seem to have been convinced.

Following the drafting of the bill, the baton passes to Governor Kathy Hochul, who could sign the bill or veto it. In the first case, the decision would be truly historic and the state would be the first in the United States to ban mining for two years. Unless these companies become 100% renewable, they will not be allowed to continue and permits will not be renewed.

Mining is used for cryptocurrencies that use the Proof-of-Work protocol to confirm blockchain transactions. This activity requires state-of-the-art equipment and a lot of electricity, and that is precisely the problem because most of these needs are currently being met by coal-fired or otherwise fossil-fueled power plants.

The US accounts for a very large share of mining worldwide, with 38%.

“This is a significant setback for the state and will stifle its future as a leader in technology and global financial services. More importantly, this decision will eliminate critical union jobs and further disenfranchise financial access to the many underbanked populations living in the Empire State”.

Of the same opinion is Amando Fabiano of Galaxy Digital who adds “New York is setting a bad precedent that other states could follow”, this is because New York State is usually taken as an example by others when it comes to laws with such an important footprint, especially if economic in nature.

According to the Climate Leadership and Community Protection Act, the state would have to reduce gas emissions by 85% by 2050, and certainly this law is going in the right direction, but there are many fears for the economy, not least because it would take a large chunk of revenue away from the country’s coffers, and it doesn’t consider the hypocrisy of the fact that crypto mining is one of the greenest sectors to date.

“Proof of work mining has the potential to drive the global transition to more sustainable energy. The bitcoin mining industry is actually a leader in terms of compliance with that law”.

“The regulatory environment in New York will not only stop their goal – mining of job-proof carbon-based fuel – but it will also likely discourage new renewable-based miners from doing business with the state due to the possibility. of greater regulatory scrolling”.

Endorsing concerns over jobs and investment that would deflect to other states such as crypto-friendly Texas.

The legislature may essentially endorse the senators’ demands, but perhaps the fluidity and volume of investment will make the Big Apple state back down.