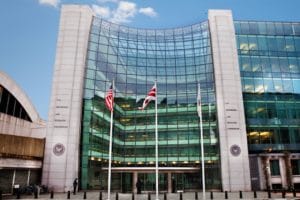 According to financial newspaper Bloomberg, the SEC is reportedly investigating Binance’s BNB token offering in 2017.

According to reports in the financial newspaper Bloomberg, which cites sources inside the SEC, the US financial market regulator, Binance Holdings Ltd. is being investigated as to whether or not it broke the rules by selling digital tokens five years ago.

The very sensitive and subtle issue concerns the origins of the company and of its BNB token, which is now the fifth-largest in the world. Investigators are looking into whether the Initial Coin Offering of 2017 amounted to the sale of a security, which in that case would have required registration, something the world’s largest exchange did not do.

On the other hand, according to SEC Chairman Gary Gensler, who has long seemed to have a bone to pick with cryptocurrencies, most cryptocurrencies would be securities and therefore should be treated as such from a regulatory perspective.

.@GaryGensler thinks that most cryptocurrencies are securities. Let’s indulge his line of thinking for a moment just so we can see how harmful it is to everyday investors.

According to this criterion, the SEC has opened dozens of investigations into cryptocurrencies, such as the current one into the BNB token, which is currently capitalized at around $46 billion.

Binance works to comply with all regulatory laws

The founder and CEO of Binance, Changpeng Zhao, had stated in an old blog post in 2020 that the wording of the BNB white paper had been changed in January 2019 precisely because “the potential to be misunderstood as security is greater in some regions”. And it seemed clear that it referred specifically to the United States, considering then that the company’s US subsidiary was born that very year.

Binance is already the subject of several US federal investigations, including another SEC investigation. The US Commodity Futures Trading Commission launched an investigation into the exchange’s business practices last year. In addition, Britain banned its activities on British soil, the same was done by authorities in Japan shortly afterwards.

A spokesperson for the company stated that:

“It would not be appropriate for us to comment on our ongoing conversations with regulators, which include education, assistance, and voluntary responses to information requests”.

The company added that it is working with the authorities and that:

“We will continue to meet all requirements set by regulators”.

In the first whitepaper in 2017, it was stated that token circulation would be limited to 200 million with half of them sold through the ICO. Another 80 million would be reserved for Binance’s founding team.

If the news were to be confirmed, a long and delicate process could begin for Binance, similar to the one Ripple has been facing with the SEC for over a year and a half, and which only in recent weeks seems to be having a favourable resolution for the crypto company.