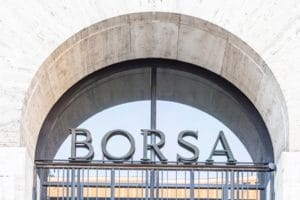 Milan stock exchange opens positively, but then goes back into the red

The Milan Stock Exchange opens in the positive zone with a swinging session throughout the day, but with changes of a few decimals.

The Milan Stock Exchange remains in a bearish trend

According to analysts, the market has already priced in, or rather almost fully factored in, the uncertainty and criticality that has led to this downward spiral of almost all assets, with the exception of safe haven assets.

The international crises between Russia and Ukraine and between the US and China in Taiwan, the problems related to the supply chain due to the difficulties in finding raw materials and the renewed lock-downs in Asia, and last but not least the inflation that threatens economies all over the planet, are problems metabolized by the market and inducing an awareness that limits the downward swings of indices.

According to European analysts, the value chain, investors, and entrepreneurs around the world fear the supply problem and inflation the most, but while the former has not yet stabilized, the sentiment for the latter is that the Fed‘s aggressive policies will not be further tightened and if this continues, markets can breathe a sigh of relief.

In this regard, Thomas Hempell, Head of Macro & Market Research at Generali Investments, said:

“We expect to invest more in risk assets by the end of the summer if the Fed starts to become less aggressive, as we expect”.

Leonardo stands out with +1.66% at 10.385 euro while there is the not insignificant news that the German group Rheinmetall has made a non-binding offer to take over 49% of the capital of its subsidiary OTO Melara.

The price of crude oil shot up to the remarkable figure of 117 dollars a barrel in view of the contract expiry in July 2022, dragging the entire segment down a bit.

Tenaris, however, is expected to rise in the near future following news of the resolution of the ongoing dispute with the SEC over an investigation in Brazil and the US.

The performance of PayPal and Netflix follows the market trend

PYPL (PayPal), which has left around 50% of its value on the field since the beginning of the year, was coming off a positive week in which it managed to recover 6%. However, today it is back in the red zone with a -1.54%, although the stock is given an uptrend and should only be a momentary setback.

Similar path for Netflix, which loses its bearings again after a slightly positive week (+3%). It lost 2.71%, effectively undoing all the positive action it had enjoyed. Considering that the stock has lost more than half its value since the beginning of the year, the situation does not bode well, even though the entertainment platform is confident about the future with huge investments and the arrival of new products and collaborations as early as this month.

The post Milan stock exchange opens positively, but then goes back into the red appeared first on cryptodailynews24.com.