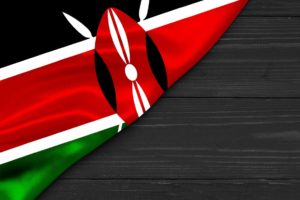 Kenya’s energy company, KenGen, has appealed to Bitcoin (BTC) miners to relocate mining operations to the country and take advantage of its excess renewable energy capacity.

Thanks to its renewable energy sources, Kenya wants to attract the attention of Bitcoin miners

Kenya currently has no cryptocurrency mining on its territory. KenGen said that 86% of its energy is derived from renewable sources (divided between geothermal, hydro and wind) and some of this energy remains unused.

This is precisely why it is thinking of opening up to this new business, which, after being banned by China last year, is looking for new countries where it can continue its still very energy-intensive activity.

The plan of the Kenyan energy company is to set up several mining farms in an energy park at the company’s main geothermal power plant in Olkaria, 123 km from the capital Nairobi. According to the Cambridge-based Bitcoin Electricity Consumption Index (CBECI), the East African nation could be an ideal location for miners because of the estimated potential of about 10,000 MegaWatts (MW) of geothermal energy capacity.

The advantages of welcoming the Bitcoin mining business within the country

By opening up to cryptocurrency miners in the country, KenGen could increase the environmental sustainability of mining, which is still seen as too energy-intensive. Mining consumes about 119.5 Terrawatt hours (TWh) per year, more than the entire country of the Netherlands, according to CBECI.

In addition, the Kenyan government could have additional revenue from taxes paid by those who mine, following the example of states like Kazakhstan, which has become a world mining centre and expects to earn about 1.5 billion in taxes from miners over the next five years.

In recent months, the Central Bank of Kenya published a document detailing its plans to issue its own CBDC.

The report states that:

“The utility of the technology lies not in its uniqueness, but in its ability to solve an urgent social problem. A case in point has been the rise of mobile money in Kenya, which has positioned our country as a hotspot of innovation in Africa”.

The post Kenya sets its sights on Bitcoin mining appeared first on cryptodailynews24.com.