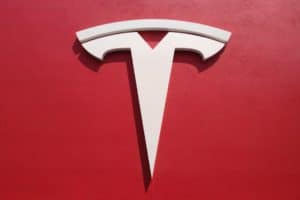 Elon Musk, CEO of Tesla and beyond, is back to the drawing board, and this time he is doing so by touching on issues that are very sensitive to the population, employment and productivity, and giving a stark view of his point of view.

According to Elon Musk, Tesla needs a 10% reduction in its workforce

Tesla is about to cut its staff by 10%

Musk, who has always held the value of his employees in high regard, even with lavish production bonuses and benefits, this time around, despite the best quarter in Tesla‘s history, had to revise his plans for the future.

Not wanting to affect the challenging targets Tesla has set itself, the CEO, due to the prolonged closure of the Shanghai gigafactory, which is the company’s most productive site to date, had to put his hand to the calculator and came to the conclusion that tightening the belt will be necessary.

The first move was to block new hires and cut the workforce by 10%, despite employment figures giving a sigh of relief for the US market with a +390,000 in May alone.

The brand new Berlin gigafactory, which could have made up for the drop in productivity due to the temporary inability to produce in China, is not yet up and running and the site’s targets had already been calculated in the company’s plans. So they had to turn to solutions never previously considered.

The relentless fight against inflation with an aggressive policy by the Fed to the tune of 50 basis point rate hikes, the uncertainty linked to the war in Ukraine, and perhaps even a little bit the tensions with China over Taiwan, are of great concern to the entrepreneur, who is not alone in this uneasy atmosphere. Even Jamie Dimon and Larry Fink do not hide their fears about the American economy.

This widespread climate of uncertainty on the part of those who contribute so significantly to the American economy irritates US President Joe Biden, who does not shy away from a biting polemic.

Ironic comments and responses between President Biden and Elon Musk

“Ford invests, Stellantis invests, lots of luck on his trip to the moon”.

The aim was to deliver a very clear jab, which, however, was immediately met with a dry and brilliant response:

This was the entrepreneur’s reply tweet, a bit of a reminder that NASA wanted SpaceX (Musk’s other company) for its return to the moon.

There has long been bad blood between Musk and Biden. The former blames the latter for causing a certain ostracism in recognising TESLA as an equal to other car companies and a leader in the electric car sector, favouring Ford and General Motor in this respect. Joe Biden, on the other hand, frowns upon Tesla’s CEO because of his frequent criticism of the current president’s tenure.

Not to be outdone, the histrionic entrepreneur has also entered the political arena by declaring that he will vote Republican in the next mid-term elections, given the atmosphere of hatred undertaken by the Democrats (the current president’s party).

The post Elon Musk will cut 10% of Tesla’s staff appeared first on cryptodailynews24.com.