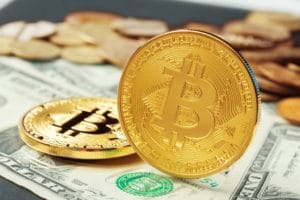 Bitcoin gains when US markets are closed

Jake Gordon of Bespoke Investment Group made a very curious discovery: almost all of the gains made by trading Bitcoin during the pandemic occurred while the US markets were closed.

Gordon looked at the period from December 2019 to April 2022 and found that buying BTC at the close of the US stock market (i.e. 4 PM New York time) and selling it at the opening of the next day (9.30 AM New York time) would have produced gains of around 270% on the initial capital. Doing the opposite, however, would have generated a loss.

He also made a graph in which the difference is really quite obvious.

In this graph, the strategy of buying at the close of the US markets and reselling before the reopening is represented by the blue line, in which the gains accumulated over time since December 2019 are collected.

Obviously, the highest gains have only been achieved since December 2020, i.e. since the big bull run of 2021 started, but still in 2022 one would have remained in the distinctly positive zone.

By contrast, the opposite strategy, i.e. buying just before the re-open and selling at the close, would only have produced gains during the bull run, and would now be in the negative zone. In particular, Gordon found that in early 2022 a trader who had bought BTC at the opening of the US markets and sold at the close would have lost 30%. In contrast, one who had followed the previous strategy would have lost only 8%.

On the other hand, Bitcoin’s prices have been correlated with the Nasdaq’s trend for several months now, but the Nasdaq only fluctuates between 9.30 AM and 4 PM ET (the time zone of the US East Coast, where New York is). At other times the price of Bitcoin is obviously not affected by the Nasdaq, nor by the other US financial markets, and it is very curious that this means that on average, when the US markets are closed, its price goes up, while when they are open it goes down.

Bespoke also found that the Bitcoin price on average tends to rise over the weekend, i.e. when the stock market is closed, and that from Monday to Friday its intraday fluctuations are on average flat before the US markets open, and tend to fall after it opens.

From this analysis, it can be deduced that the correlation of Bitcoin’s price with the performance of the Nasdaq definitely plays against Bitcoin itself, despite the fact that since December 2019 the Nasdaq100 index has gained 42%. On the other hand, in the same period, Bitcoin’s price has risen by almost 300%, so it is more than obvious that its growth cannot at all be explained by the correlation with the Nasdaq alone.

Moreover, this correlation does not actually seem to be direct, but simply due to a similar attitude towards the two asset classes on the part of investors and speculators, particularly US investors. It is probably for this reason that when the US markets are closed there ceases to be a correlation, since those trading in the financial markets when it is nighttime in the US are mainly Asian, or European, investors and speculators.

The post Bitcoin gains when US markets are closed appeared first on cryptodailynews24.com.