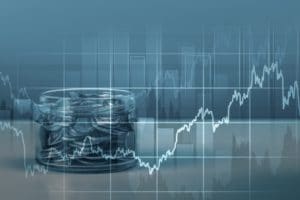 According to Bill Ackman, inflation will bring everyone to the brink

The US economy is at a dangerous crossroads. The fear of a US economic debacle is well-founded, and sounding the alarm is American entrepreneur and investor Bill Ackman.

Inflation will eventually bring down the American market, according to Bill Ackman

According to the manager, without a decisive intervention by the Fed on rates, the economy would be heading broadly towards what will be America’s biggest economic crisis, something that gives the shivers just thinking about it.

According to the founder of Pershing Square, who is very active on Twitter, the markets are in the following condition:

“Inflation is out of control. Inflation expectations are spinning out of control. Markets are imploding because investors are not confident the Federal Reserve will stop inflation. If the Fed doesn’t do its job, the market will do the job.” of the Fed, and that’s what’s happening now”.

For Ackman, there is a suspicion that the US Central Bank’s much-heralded plan to raise rates is just to sugarcoat the situation and that such an aggressive policy will not be pursued, but will lead to the death of the economy.

Raphael Bostic, President of the Atlanta Fed argued in an interview that the Fed might suspend interest rate hikes, endorsing Ackman’s thesis described above.

The investor, however, stated that:

“The only way to stop today’s furious inflation is with an aggressive monetary tightening or economic collapse. With today’s unprecedented job openings, 3.6% unemployment, long-term demand imbalances. supply of energy, agribusiness, housing and jobs, and with the wage-price spiral in place, there is no prospect of a substantial reduction in inflation unless the Fed increases rates aggressively, or the stock market collapses, catalyzing an economic collapse and the destruction of demand”.

Will the economy ever recover from this condition?

Rescuing it is possible, but Jerome Powell and the Fed must stick to the plan or it will be the end.

Also supporting Ackman is Peter Schiff who adds concern on this picture:

Hedge fund manager Bill Ackman returns to the topic by tweeting a stark description of the situation:

“On the last day or so, various current and former Fed members argued and made dovish remarks proposing a modest rate hike and a pause in the fall. The Fed has already lost credibility for its misreading and lagging pivot. There is no economic precedent for 200-300 basis points of federal funds tackling 8% inflation with 3.6% employment”.

Inflation could be a long-term problem and there is a fear that instead of fighting it, the Fed is planning to prepare everyone to live with it.

It’s a world of double-digit inflation, labour crisis, energy and health crisis, where demand crashes, turning into a contraction of markets, productivity, wages and general welfare.

In the end, however, there is also a message of hope. Ackman advises the following path:

“Markets will rise when investors can be confident that the days of uncontrolled inflation are over. Hopefully the Fed does it well”.

The post According to Bill Ackman, inflation will bring everyone to the brink appeared first on cryptodailynews24.com.