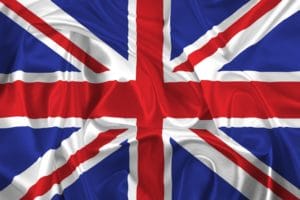 UK: the Crown wants to regulate stablecoins after the LUNA chaos

Following the collapse of the Terra-LUNA project and the ecosystem’s stablecoin, UST, the Treasury Department in the UK has stated that it wants to regulate the sector more.

In particular, one of the Department’s spokesmen told the Telegraph that the UK government will be concerned about stablecoins used as a method of payment for goods and services:

“Legislation to regulate stablecoins, where used as a means of payment, will be part of the Financial Services and Markets Bill which was announced in the Queen’s Speech. This will create the conditions for issuers and service providers to operate and grow in the U.K., whilst ensuring financial stability and high regulatory standards”.

Even Prince Charles is said to have spoken on the subject when, in his speech for the Queen last week, he explained what the parliament’s agenda will be in the coming years. These include two bills specifically concerning crypto.

Crypto and stablecoin regulation in the UK

Arguably, this was not only caused by the collapse of Terra-LUNA and the project’s stablecoin, as the UK government has been working since last year to make the country a hospitable hub for crypto, including clearer regulation of these assets, including NFTs.

This bill, which the Royal Mint is also working on, should be ready by the summer.

Rishi Sunak, UK Chancellor, explained that this plan will:

“ensure the UK financial services industry is always at the forefront of technology and innovation”.

Even the FCA, the UK authority that oversees financial markets, had already expressed its willingness to regulate cryptocurrencies in early 2022 and had published a 186-page “Consultation Paper” entitled ‘Strengthening our rules on the financial promotion of high-risk investments, including cryptocurrencies’.

The British CBDC and NFTs

Already in October 2021, England started working on its own state-owned digital currency (CBDC) and recently also decided to create its own NFTs.

In fact, the British government, which has always been rather negative about crypto, decided last month to create an NFT to be issued by the summer. Specifically, the announcement was made in early April 2022 by the UK Department of Economic and Financial Affairs and specifically by UK Treasury Minister John Glen during the Innovate Finance Global Summit.

Chancellor @RishiSunak has asked @RoyalMintUK to create an NFT to be issued by the summer.

This decision shows the the forward-looking approach we are determined to take towards cryptoassets in the UK. pic.twitter.com/cd0tiailBK

This NFT would serve to signal the UK government’s commitment to a “forward-looking approach” to cryptocurrencies.

24% of Brits are ready to invest in crypto

Perhaps the reason for all this government interest in cryptocurrencies is the fact that the British people are particularly keen on these assets.

In fact, at the end of March 2022, a survey conducted by OnePoll and commissioned by Tokenise revealed that 24% of British people are ready to invest in tokens or NFTs. As many as 2,000 people were interviewed during the last quarter of 2021 as part of the survey.

The post UK: the Crown wants to regulate stablecoins after the LUNA chaos appeared first on cryptodailynews24.com.